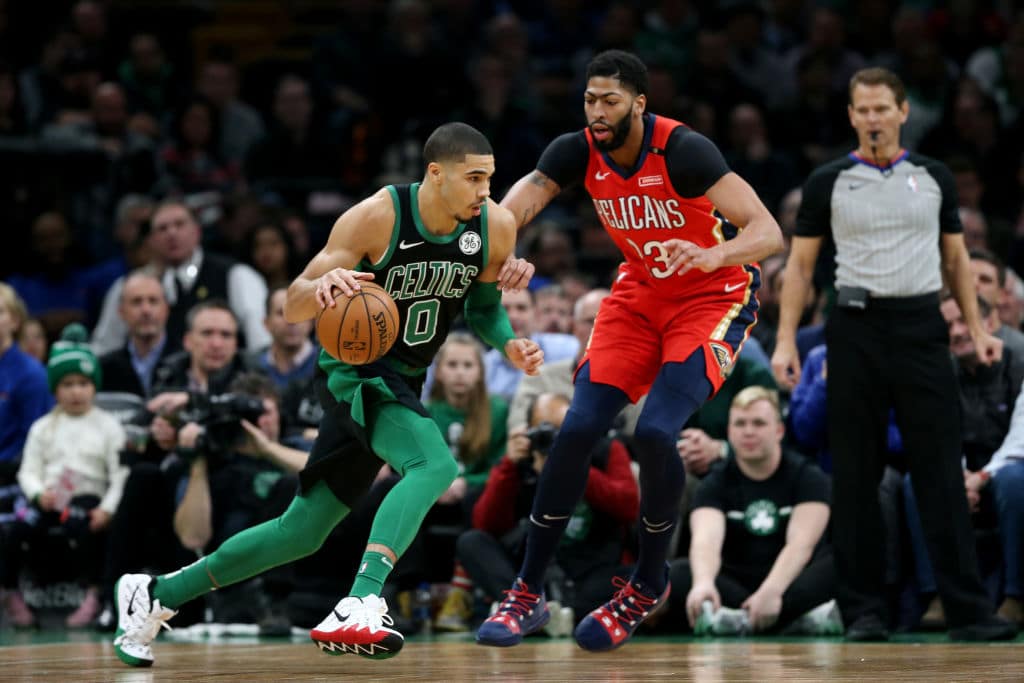 Jayson Tatum has reportedly been “discussed extensively” as a possible trade chip in the Anthony Davis sweepstakes.

Boston continues to aggressively push New Orleans’ front-office, but can only deal for AD this summer due to Kyrie Irving being on the books.

In the Anthony Davis column, I'm told Jayson Tatum has definitely been discussed in Pelicans-Celtics talks. Both sides know that he'd be a major part of the discussion in June https://t.co/5JpBR81QOS

The Celtics appear undeterred by signals from the Davis camp that he doesn’t want to play for them.

This latest Lakers-Celtics subplot would be dead by now if [Danny] Ainge had been scared off, but sources say Boston — which can’t trade for Davis until this summer because of the well-chronicled “Rose Rule” — is continuing its complicated pursuit of the five-time All-Star in spite of the message being sent through various channels that he doesn’t want to play there. A source with knowledge of the talks said the potential centerpiece in a Pelicans package, 20-year-old Celtics small forward Jayson Tatum, has been discussed extensively by the two teams and is expected to be a major part of the talks when June rolls around.

So long as Davis isn’t in purple and gold by then.

The Lakers, who have reportedly been asked to include as many as eight draft picks along with their entire young core of Lonzo Ball, Kyle Kuzma, Brandon Ingram, Josh Hart and Ivica Zubac, must now weigh all these scenarios that will forge their future.