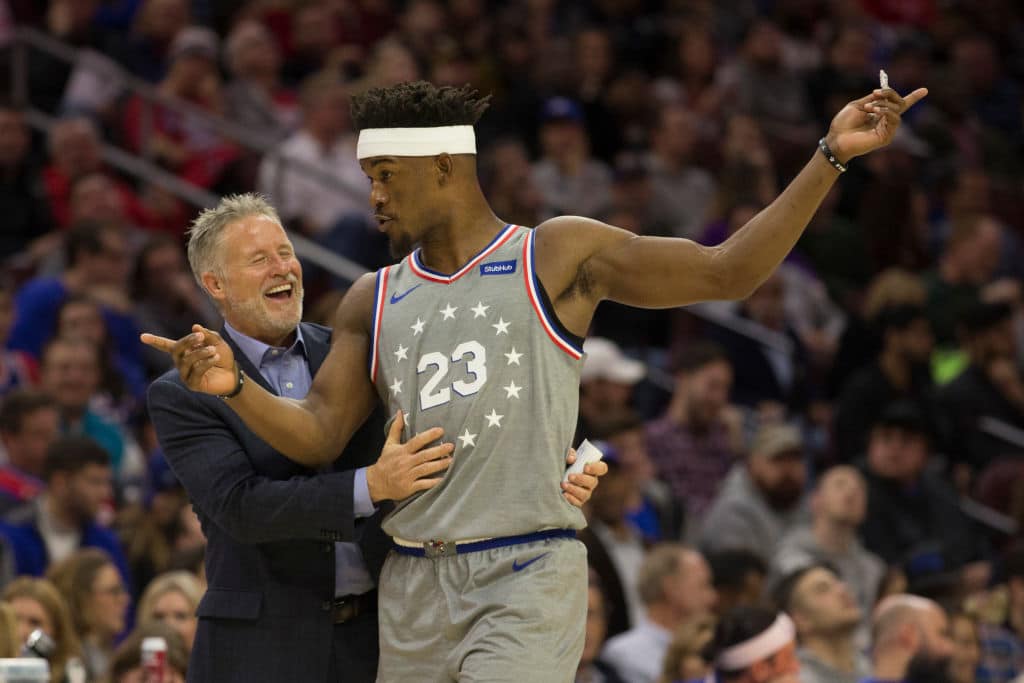 Butler is said to have acted in a “disrespectful” manner during a recent film session.

Brown reportedly told people within Philly’s organization that he had no issue with the exchange.

Butler, a five-time NBA All-Star, will become a free agent this summer.

Brown, who signed a contract extension in the offseason, remains a popular figure with ownership and management. Around the organization, there’s an urgency for Brown and his coaching staff to stabilize the situation, sources said.

“What’s most — by a mile — lately, on my mind, is the growth of a team, and the cohesion and the ability to share in somebody else’s success,” Brown said after Monday’s victory over the Clippers. “The ability to communicate candidly, to coexist. That’s all I care about.

“We’re coming together. We have a new opportunity. You don’t just click your heels and throw Jimmy Butler in and everybody’s going to be playing the same way and style. It [doesn’t] work like that. So my job is to grow a team. Ben and Jo, Jo and Jimmy, go anywhere you want. Those four are huge. Playing together is what’s always, by a long shot, on my mind.”

Related
Jimmy Butler: ‘I Can See This Being Home’