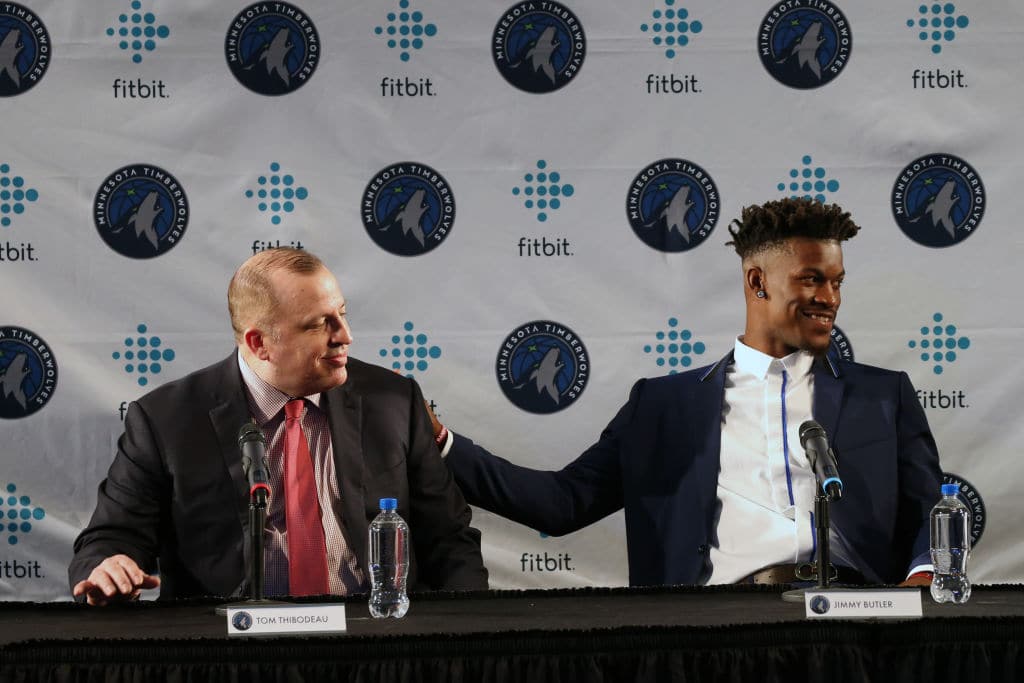 Jimmy Butler reportedly rebuffed Timberwolves president of basketball ops and head coach Tom Thibodeau‘s attempt to get him to rejoin the team.

The latest on Jimmy Butler-Minnesota trade talks, including Sacramento’s push to leverage its cap space to take on a contract in a three-way deal and gather draft assets. https://t.co/ZHISZqIoiP

The Sacramento Kings are said to be a key to any sort of trade for the disgruntled All-Star guard.

Butler is uninterested in practicing or playing with the Timberwolves again, and has implored owner Glen Taylor and Thibodeau to trade him soon, because the team will lose him next summer in free agency regardless, according to the sources.

Thibodeau told reporters on Monday that, “We’re not going to make a bad deal,” and there’s a belief among interested teams that Thibodeau is reluctant to bring strong offers to his owner for examination because he’s still holding out hope to get Butler on the floor for Minnesota this season.

To facilitate a Butler trade, the sort of broader deal necessary to meet the financial needs of Minnesota and Butler’s future team, circumstances will necessitate bringing the Sacramento Kings into the process. If the Timberwolves remain intent on unloading backup center Gorgui Dieng and the three years, $48 million left on his contract, they’ll need the Kings. No one in the NBA comes close to the $11 million in salary cap space that the Kings possess to absorb a contract, as well as the several expiring contracts — including Zach Randolph ($11.6 million), Iman Shumpert ($11 million) and Kosta Koufos ($8.7 million) — to move onto a team that prefers to clear cap space in July.