Report: Jimmy Butler Not ‘Dead Set on Demanding a Trade’ 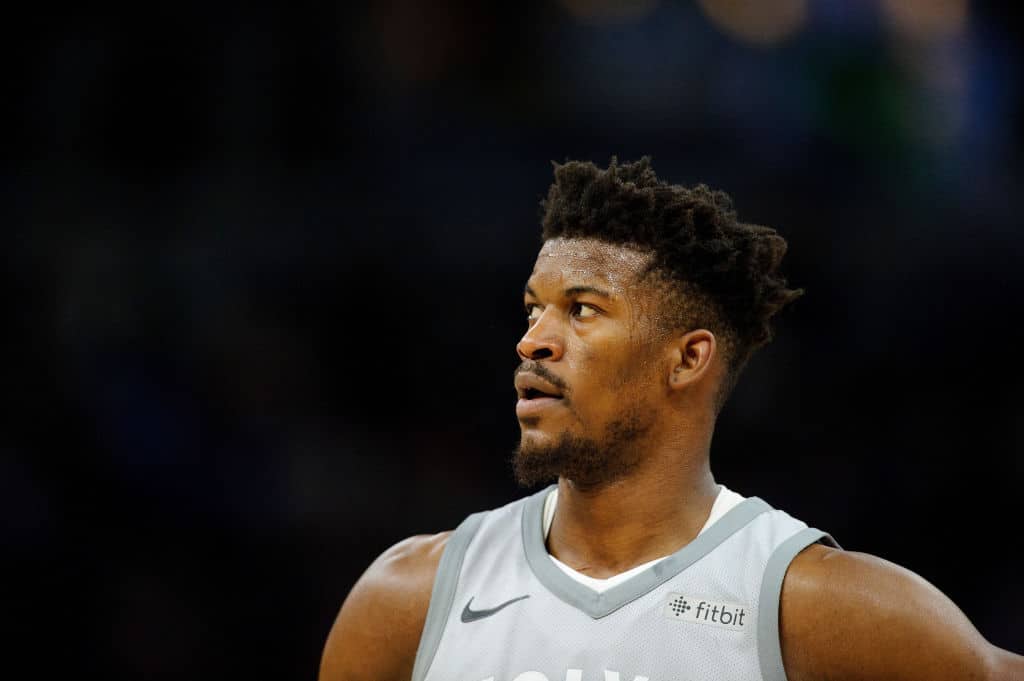 Jimmy Butler and the Timberwolves’ braintrust are sitting down today for a critical tête-à-tête—something the All-Star went out of his way to confirm.

Butler reportedly isn’t dead set on pushing for a trade out of Minnesota.

exactly why people need to stop believing what you see on the internet.. I didn’t have no damn meeting today… its tomorrow.. i wonder what else people write and people believe hmmm…

Butler, 29, is headed for free agency next summer and is said to have “serious questions about the direction of the franchise.”

Jimmy Butler’s unhappiness in Minnesota will reportedly be addressed today in a meeting between him, Tom Thibodeau and GM Scott Layden.

I’m told, though, that while Butler has serious questions about the direction of the franchise, he’s still willing to hear Minnesota out, and isn’t dead set on demanding a trade elsewhere. Stay tuned.