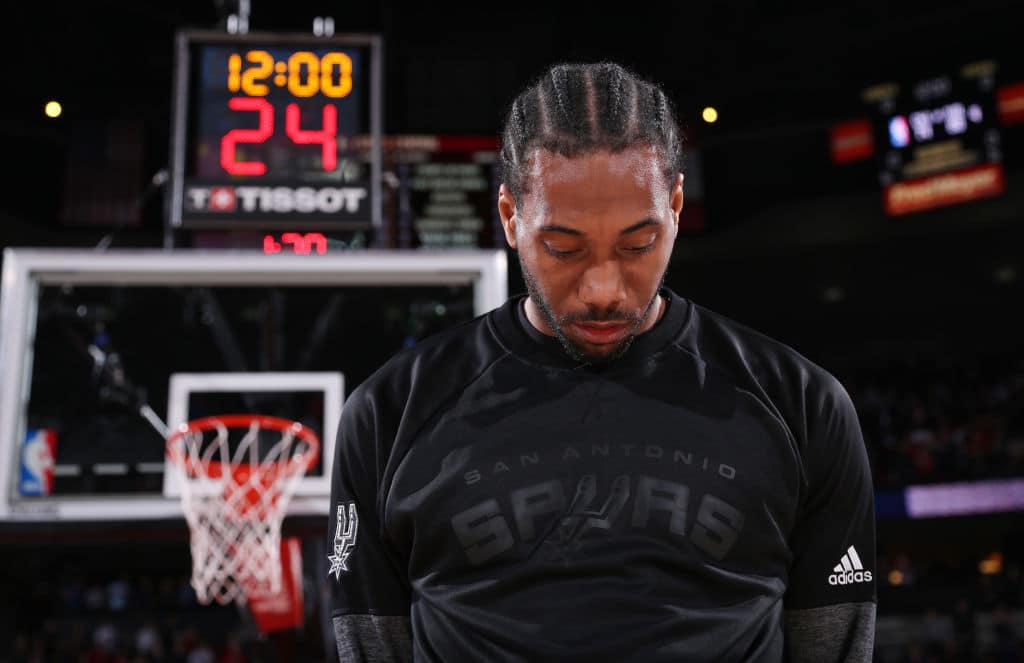 The Spurs are on the verge of sending Kawhi Leonard to Toronto, a city he reportedly has no interest working and living in.

Kawhi Leonard has no desire to play in Toronto, league source tells ESPN.

San Antonio will acquire DeMar DeRozan in the blockbuster swap.

Leonard, 27, is scheduled to hit the free agent market next summer.

Talks between the Spurs and Raptors have intensified in recent days, league sources said. The potential deal would bring Leonard, one of the NBA’s top players when healthy, to Toronto and send an All-NBA and All-Star caliber player in DeRozan to the Spurs. For key figures involved in the deal, it is believed only a snag in final discussions could prevent completion, league sources said

From the moment Leonard made clear his desire for a trade out of San Antonio, the Spurs have taken a patient, deliberate approach to finding a resolution. Several teams, including the Los Angeles Lakers, Los Angeles Clippers, Boston Celtics and Philadelphia 76ers, emerged as suitors, but most NBA executives believed the Raptors presented the best potential current and future package.