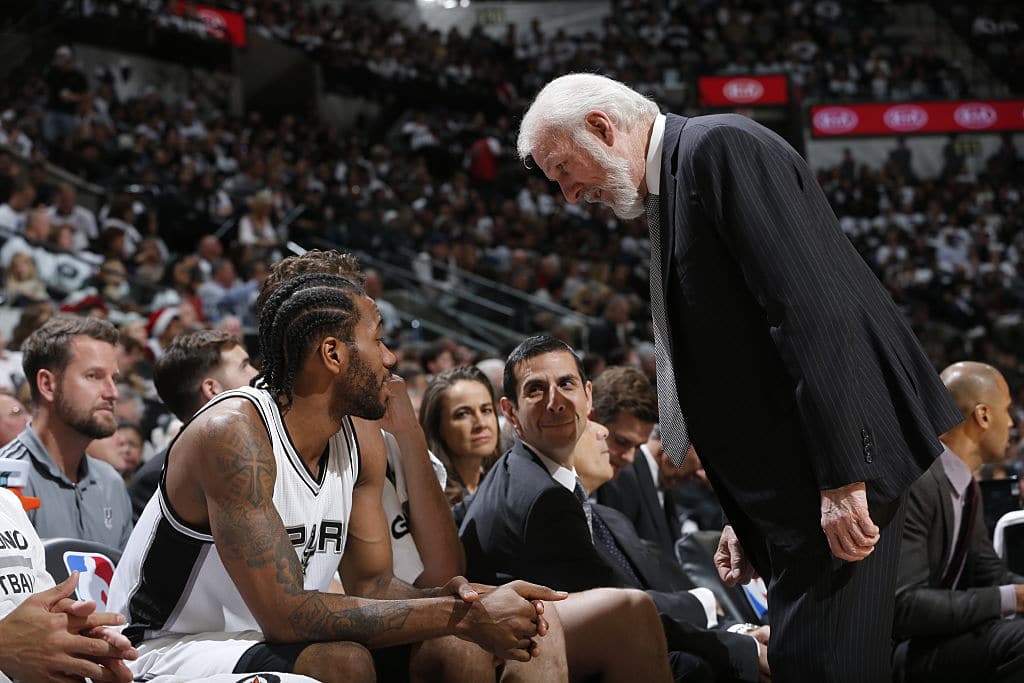 Kawhi Leonard and Spurs head coach Gregg Popovich reportedly met in San Diego on Tuesday, as the organization attemps to salvage their relationship with the disgruntled superstar.

Leonard is said to be “irate” with how San Antonio’s players and coaching staff handled his lingering quad injury.

Kawhi reportedly didn’t even want to have a sit down with Pop.

Leonard had told confidants that he did not want to sit down with Popovich and has been purposely difficult for the Spurs to reach recently. Among the issues, Leonard is angry over what he believes was the Spurs’ mishandling of his quad injury, and he remains irate with public comments from teammate Tony Parker and Popovich that he felt were not supportive of him, league sources said.

So far, the Spurs have been largely reluctant to give teams guidance on the players, or packages, that would interest them in trades, sources said.