Report: Kevin Durant to Opt-Out and Re-Sign With Golden State 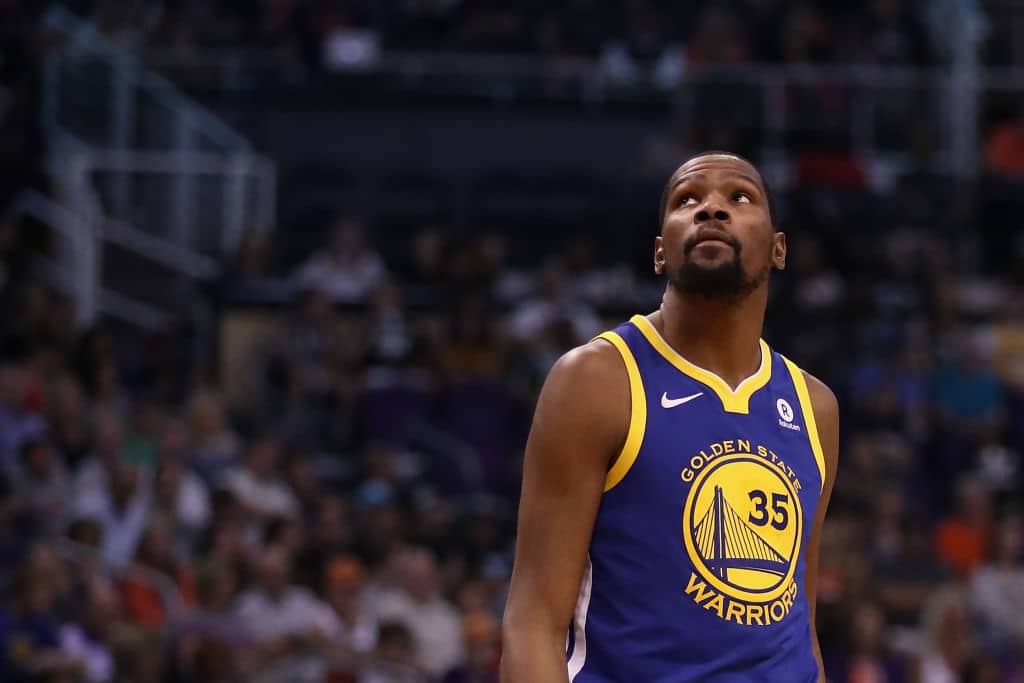 Kevin Durant will reportedly decline his $26.2 million player option for the 2018-19 season, briefly enter free agency, then re-up with the Golden State Warriors on a restructured contract.

There’s no incentive for the future Hall of Famer to take another paycut this time around.

Option A: He can sign a two-year deal with a 2019-20 player option in which the first-year earnings would be $30 million and the option year worth $31.5 million. The only benefit in signing this contract is that the salary cap is expected to jump from $101 million (2018-19) to $108 million (2019-20). Durant could then opt out after the 2018-19 season and sign a five-year, $219 million contract. It would be the largest deal in NBA history if San Antonio forward Kawhi Leonard doesn’t sign a super max this summer.

Option C: He can agree to a three-year deal with a player option after the second season. His income would go from $35.3 million to $38.2 million, and the option year would be $41 million. The salary cap in 2020-21 is expected to be approximately $112 million. Or, in this scenario, Durant could opt out and sign a five-year, $228 million contract with a starting salary of $39.4 million — the same contract Anthony Davis is eligible to sign with New Orleans in 2019.