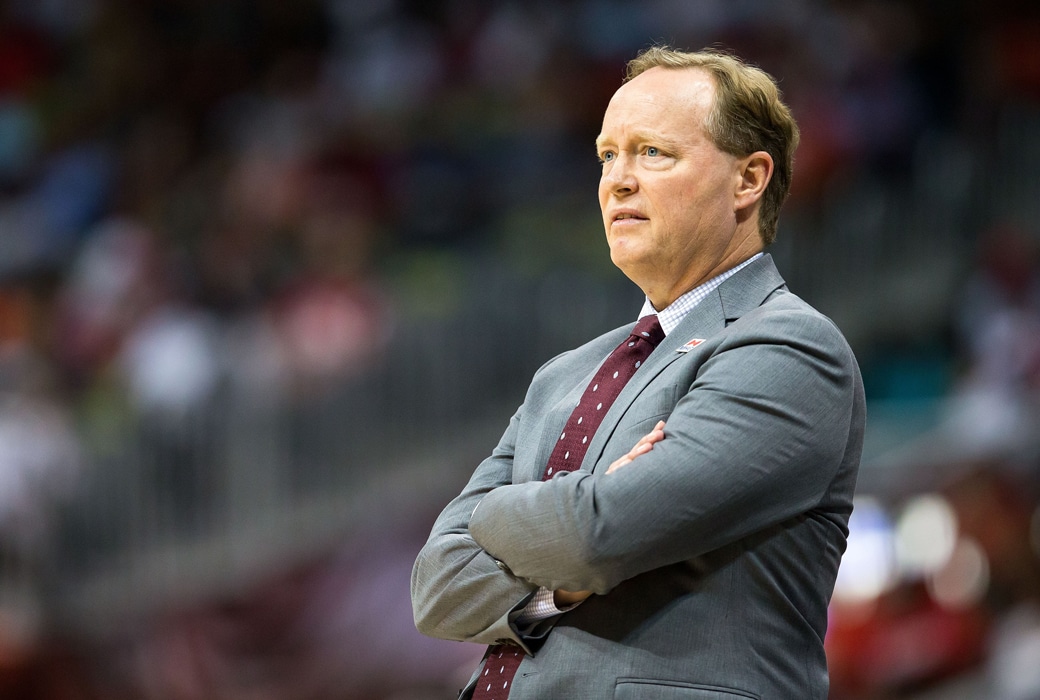 Hawks coach Mike Budenholzer is apparently interested in a move to NY.

According to a report from Marc Berman of the New York Post, Budenholzer, who interviewed for the Knicks’ head coaching position on Sunday, would take the job if he got an offer:

Mike Budenholzer is genuinely interested in the Knicks’ job, according to an NBA source who has spoken to the Hawks coach.

“New York’s his top choice,’’ the NBA source said. “If they offered him the job, he’d say yes. He wants to live in New York.’’

Budenholzer, the 2015-16 Coach of the Year, recently withdrew his name from consideration for the Phoenix Suns’ job. He is still under contract for the next two seasons, and Atlanta will reportedly require compensation to release him.