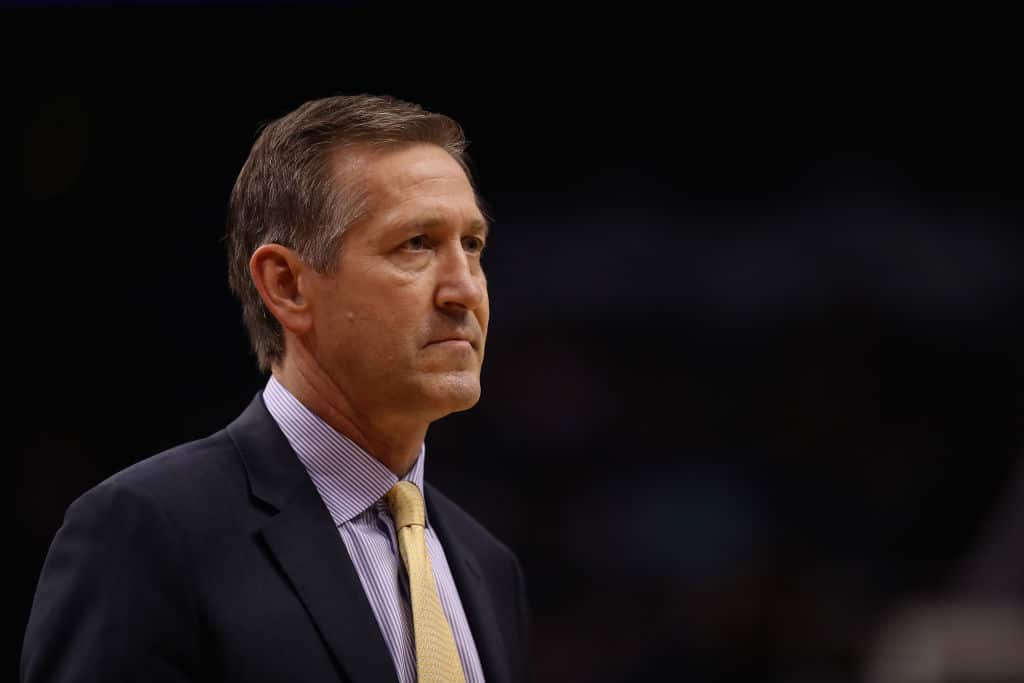 Mark Jackson, Doc Rivers, David Blatt, Jerry Stackhouse and David Fizdale are all said to be in the running for the gig should the Knicks get rid of Hornacek.

The Knicks collapsed following a promising start to the season, and Hornacek says he wants to know about his job status heading into next year.

Mark Jackson, Doc Rivers, David Blatt, Jerry Stackhouse and Dave Fizdale all have something in common besides NBA head coaching experience and being candidates in New York should the Knicks make a change on the bench this offseason.

In one way or another, good and bad, the five men have a connection to, yes, LeBron James.

“At the end of the season I’m sure we’ll sit down with (president Steve Mills and GM Scott Perry) and figure out what we’re doing,” said Hornacek, whose two-season coaching record with the Knicks fell to 55-96 following Thursday’s loss to the Sixers. “As a coach you’d like to know if you’re going to be here next year. But our job right now is take the guys that we have on this team and try to get them better.”