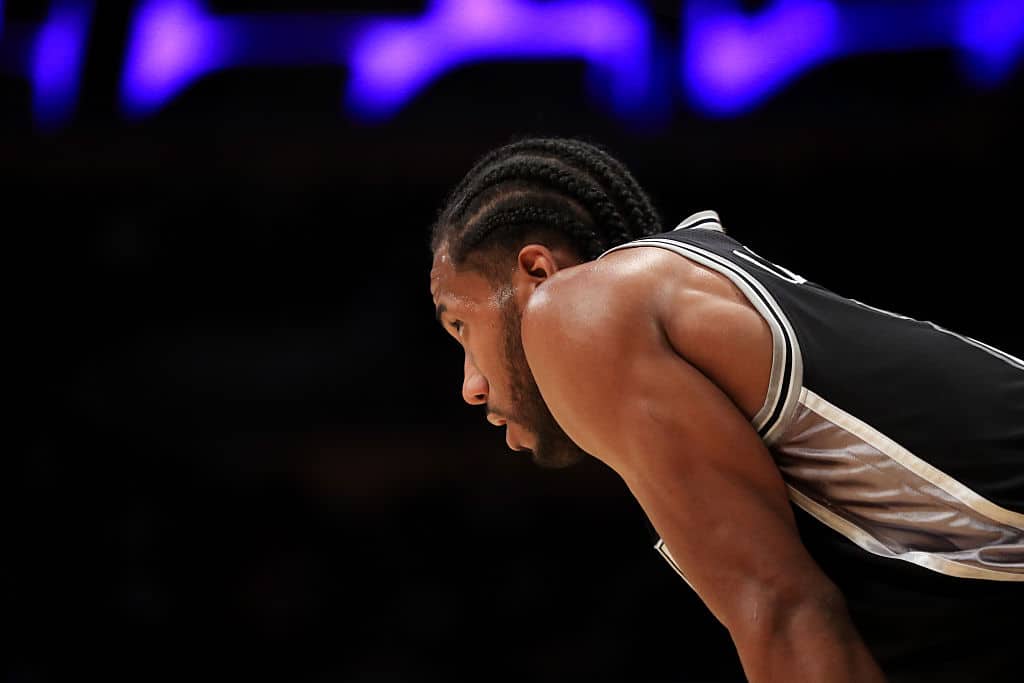 San Antonio initially rebuffed Los Angeles when it came to a potential Kawhi Leonard trade, but the Spurs and Lakers have reportedly restarted the talks.

The two sides are said to believe a deal for Leonard would likely convince LeBron James to join the Purple and Gold.

The Spurs are reportedly seeking a “massive package” of young talent and draft picks for Leonard.

The stakes on these talks are enormous because the teams believe a deal for Leonard would likely clinch a free-agent commitment out of LeBron James to the Lakers. James has until late Friday night to opt out of the final year of his contract with the Cleveland Cavaliers.

The Spurs have wanted to find a way to repair the franchise’s relationship with Leonard, but an overwhelming Lakers offer could convince San Antonio to part with its franchise star, league sources said.

The Lakers are using the Paul George and Kyrie Irving trades as proportional models for a Leonard deal, but San Antonio understands that this trade, for all intents and purposes, means both Leonard and James would come to the Lakers; and it will likely command a massive package of young players and draft picks for Leonard, a two-time All-NBA first-teamer and a two-time NBA Defensive Player of the Year.