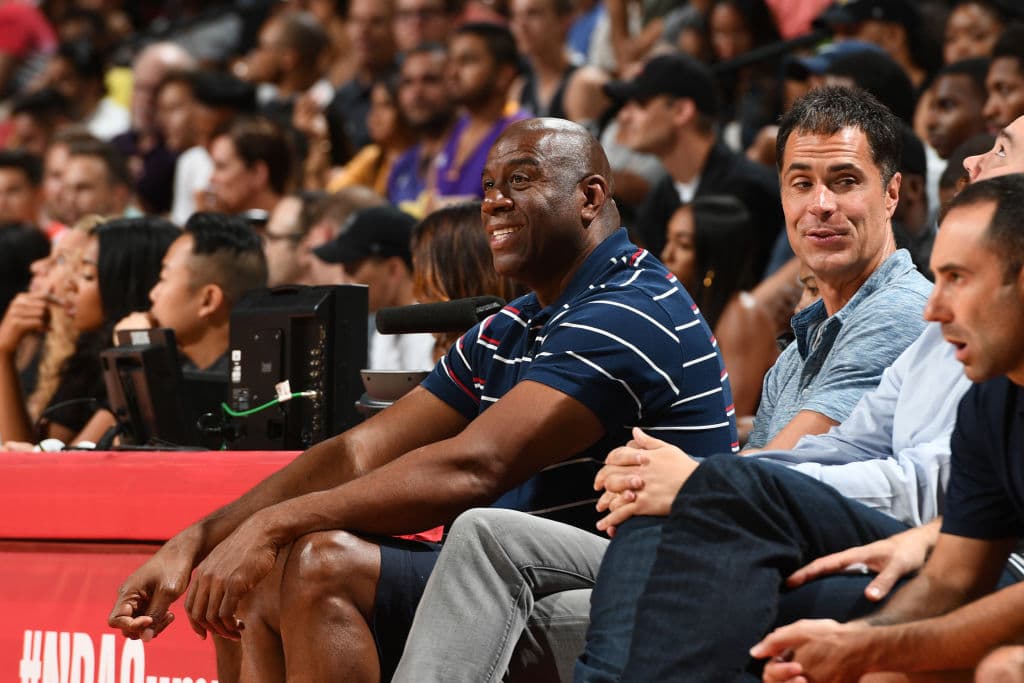 The organization has been punished twice by the NBA for tampering violations in the past year.

Remember when Mitch Kupchak was criticized for not engaging in free agent discussions before July 1 like the rest of the league? Well the Lakers are right back in the same position now with increased scrutiny over tampering. https://t.co/T0L2Vm1pQ1

The Lakers have cap room to sign two superstars this summer.

Other employees received written notices on the matter that referenced possible termination as punishment for anyone who does not adhere to NBA rules.

The Lakers have been punished twice by the NBA for tampering in the past year, and as one team source put it, “We are under incredible scrutiny with everything, so Jeanie and [Johnson] had to make this crystal, crystal clear to everyone.”