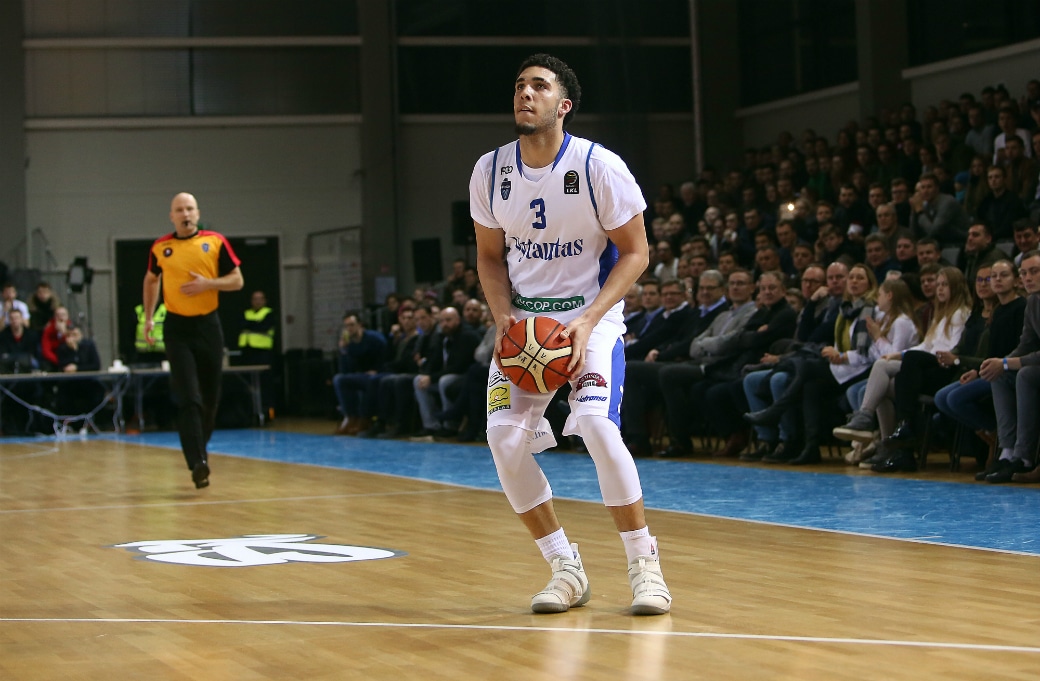 The 19-year-old guard/forward has been playing professionally in Lithuania for Vytautas Prienu, averaging a league-leading 15.7 points and 2.9 rebounds and shooting 45 percent from three in nine first-division league games.

According to Charania, he will work out for several NBA teams when he returns:

LiAngelo Ball is expected to work out for several NBA teams when he returns from playing for Vytautas and will participate in the Pro Basketball Combine at IMG Academy (Florida) in May in front of team executives.