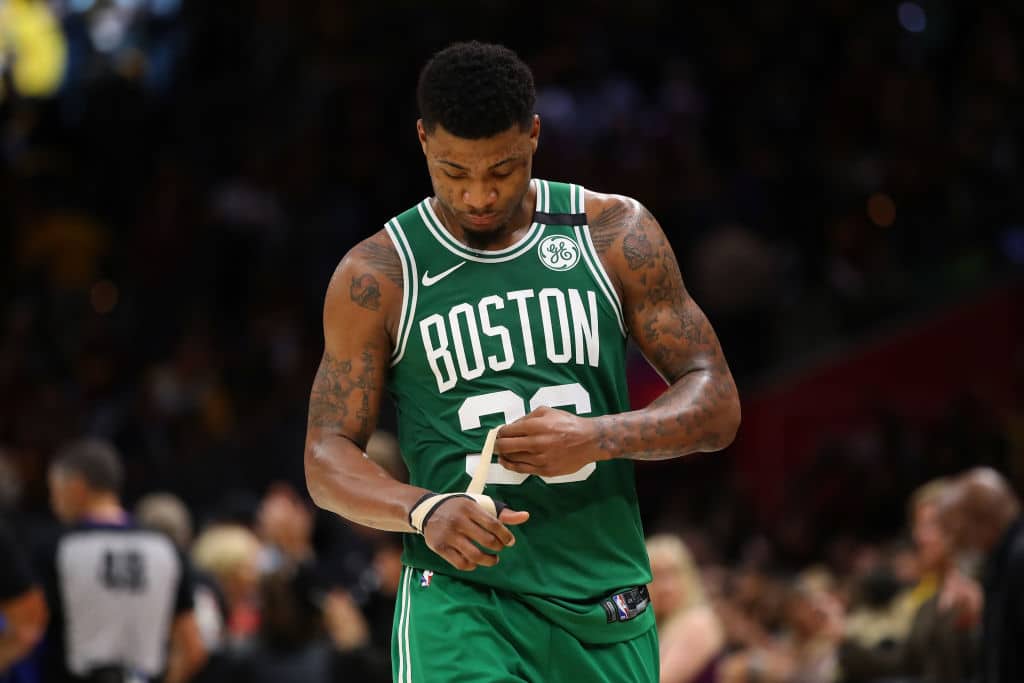 Restricted free agent guard Marcus Smart reportedly has yet to hear from Boston’s front-office this summer, and is said to be “hurt and disgusted” by the lack of communication about a possible contract extension.

The Celtics have so far tendered a $6.05 million qualifying offer.

NEW: Source says Marcus Smart has not heard from Celtics since start of free agency, and he's "hurt and disgusted." https://t.co/wtpf156xpu

“He loves the Celtics, but with these crickets he’s hearing, he’s hurt and disgusted by it,” said the source.

For a player who projects his value in the vicinity of $14 million to $15 million, the lack of anything beyond a qualifying offer is being taken as an insult.

“He would have thought there would have been some kind of three- to four-year deal from them to show they’re interested,” said the source. “But the qualifying offer is the only one he has received, and there’s been no talk since free agency opened. He’s most disappointed that there has been no reaching out from their end.

“He’s just hurt and frustrated that Danny hasn’t reached out. That’s the most discouraging part of this whole thing. The last contact was a few days before free agency started.”