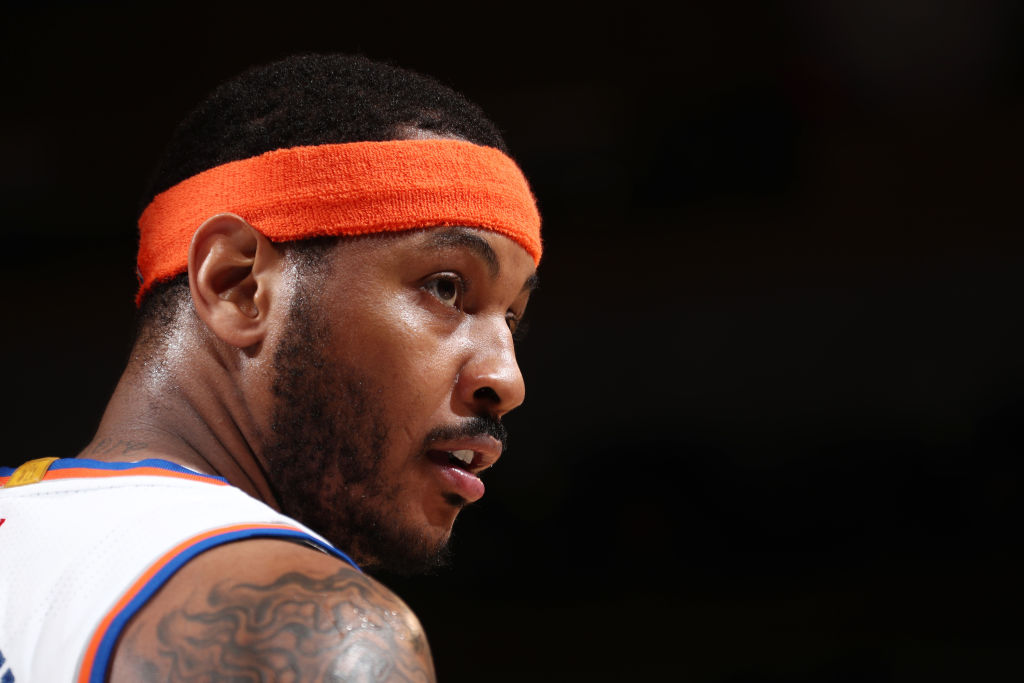 The New York Knicks will welcome incoming president Leon Rose to the fold next week and the former player agent, who previously represented Carmelo Anthony, could potentially look to bring his star pupil back to New York.

Marc Berman of the New York Post reports that multiple league executives expect Rose to be interested in a reunion with the future Hall of Famer who spent seven seasons with the franchise.

Anthony has bounced around the NBA since his last stint with the Knicks ended in 2017 and his journey bottomed out earlier this season when he sat unsigned for the first month of the regular season.

Ultimately Anthony signed on with the Portland Trail Blazers and has enjoyed a solid campaign contributing for a playoff hopeful that’s been inundated with long-term injuries.

In 44 games in 2019-20, Anthony has averaged 15.5 points and 6.4 rebounds per game but his deal lasts only through the current campaign, putting him back on the open market next summer.

While pursuing a 36-year-old player may not be a typical move for a new executive charged with the task of jumpstarting a rebuild, Anthony’s ties to the franchise are strong and the move would make headlines.