Report: Paul George ‘Wants to Wear the Purple and Gold’ 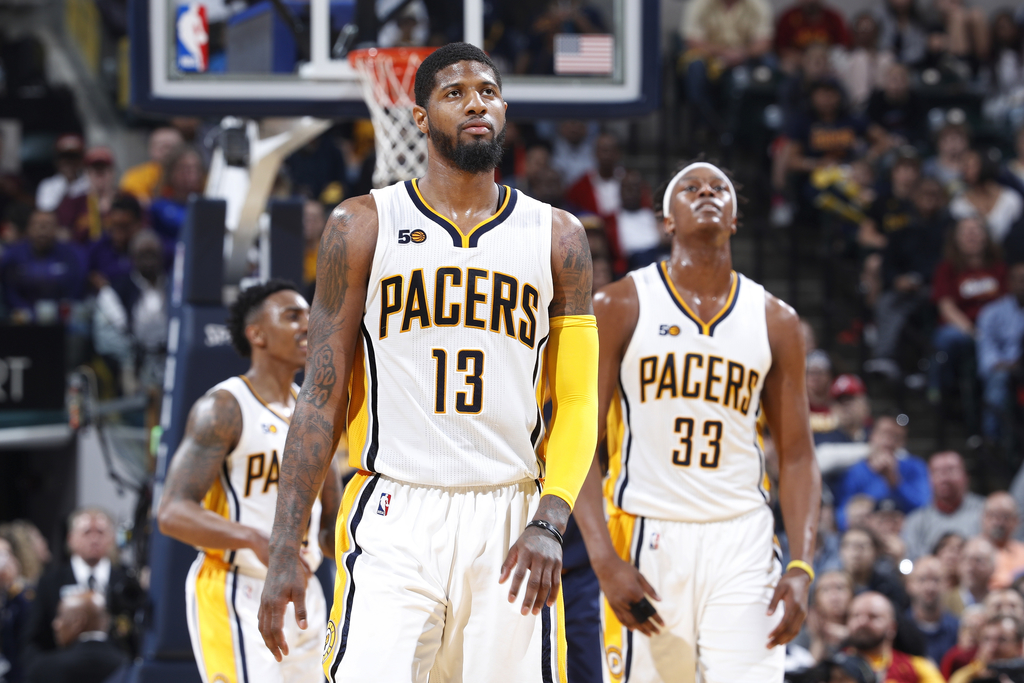 Paul George, fresh off a four-game sweep at the hands of the Cleveland Cavaliers, is heading into an offseason of uncertainty.

What seems clear to many, however, is the All-Star forward’s widely-reported desire to play for the Los Angeles Lakers.

Magic Johnson even joked that he plans to “wink” at PG about joining the Purple and Gold.

Johnson pretty much admitted he’ll be going after Paul George on “Jimmy Kimmel Live!” when he was asked what he would do if he saw George on vacation.

“No, we gonna say ‘hi’ because we know each other,” Johnson said. “You just can’t say, ‘Hey, I want you to come to the Lakers,’ even though I’ll be wink winking like, ‘you know what that means right?'”

So Johnson knows what he needs. He’s got to import a special player. George checks a lot of boxes. The Pacers star is a top-10 player at peak performance. He has struggled with consistency in the playoffs, but has already played in 63 playoff games. And he doesn’t turn 27 until May 2. Still in his prime, he already has made two trips to the Eastern Conference finals, both times being denied a trip to the NBA Finals by the best player in the sport, LeBron James. A SoCal native, he’s been talking about playing for his hometown team, the Lakers, for a long time. He’s never made his long-term intentions a secret within the Pacers’ locker room, according to former teammates. He wants to wear the purple and gold.