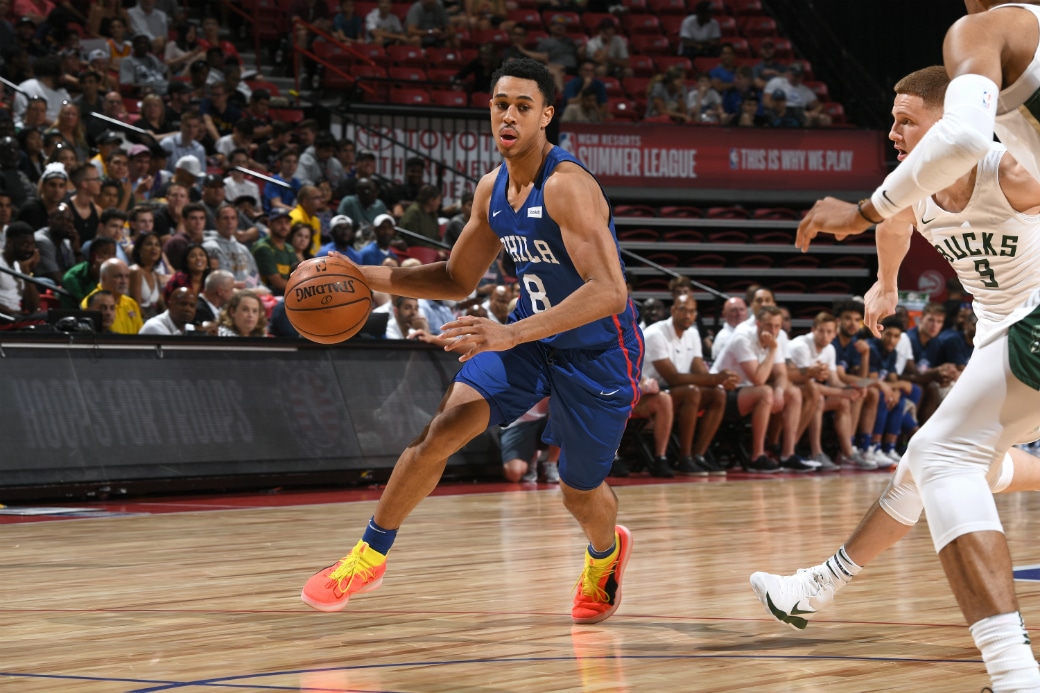 Smith, the No. 16 overall pick in the 2018 draft, reportedly sustained the injury during a developmental camp in Las Vegas on Monday. He will have surgery later this week.

Sources: Philadelphia 76ers rookie Zhaire Smith has suffered a fractured left foot. Smith, the No. 16 pick in the Draft, hurt his foot on Monday in Las Vegas during a developmental camp for NBA players.

Smith had MRI/imaging in Philadelphia today revealing a Jones fracture — with surgery scheduled for later this week, league sources said. He also will see another specialist in Philadelphia. https://t.co/VT0RVpZ9oi

In one season at Texas Tech, the high-flying guard averaged 11 points per game.