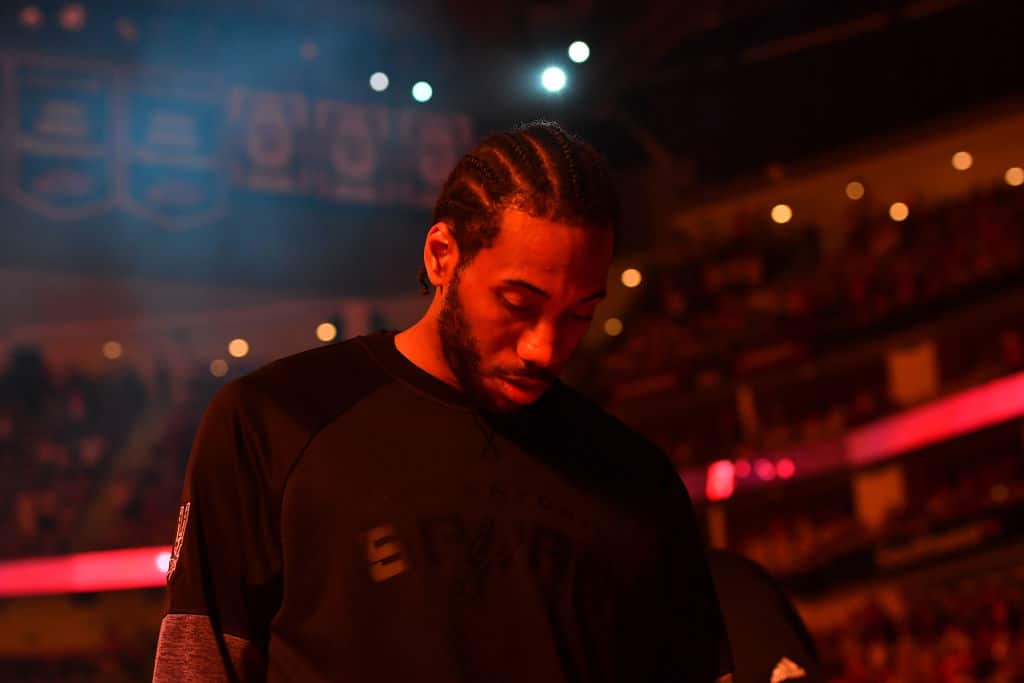 Kawhi Leonard and the San Antonio appear to be headed for a breakup this summer, reports Peter Vecsey.

The Spurs are said to be “done” with the superstar forward after he missed 73 regular season games with a lingering quad injury.

Gregg Popovich reportedly wanted the two-time NBA All-Star to stay away from the team during his long rehab.

Per NBC Sports Boston (via Patreon):

Hall-of-Fame NBA writer Peter Vecsey wrote on his Patreon page that the Spurs are looking to part ways with Leonard this offseason, citing a source that said head coach Gregg Popovich didn’t even want the two-time Defensive Player of the Year attending practices.

According to Vecsey, a Western Conference executive told him, “I’m convinced Kawhi will be traded, but it’ll be to an Eastern team.”

This speculation comes not long after Dwyane Wade told Yahoo Sports’ Jordan Schultz he expects Leonard to be a Celtic.