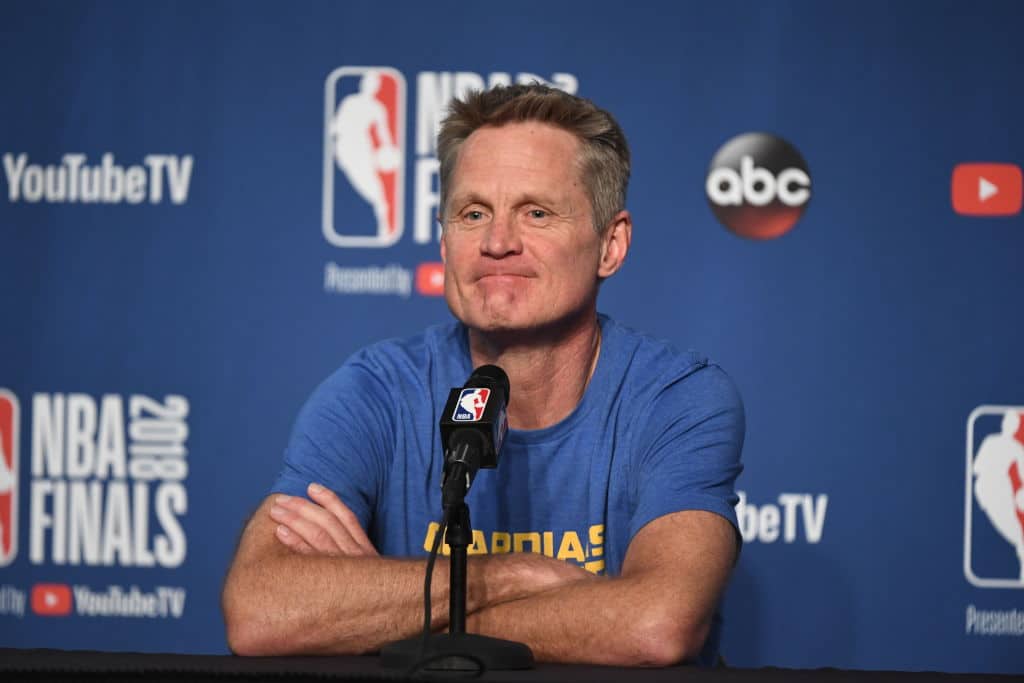 Steve Kerr and the Golden State Warriors are reportedly finalizing a contract extension that will make him one of the highest paid coaches in the NBA.

Three-time NBA championship coach Steve Kerr is finalizing a contract extension that will make him one of the highest paid coaches in the NBA, league sources tell ESPN.

Kerr, 52, is coming off a five-year, $25 million pact with the reigning champions.

Kerr has won 80.8% of his games with the Dubs in four seasons.

He has dealt with health issues for the past three seasons, but both Warriors owner Joe Lacob and Kerr both indicated earlier this offseason that they expected to get a deal done soon.

“I don’t think it’s gonna take long,” the 52-year-old Kerr told 95.7 The Game earlier this month. “I want to be here, and Joe and [GM] Bob [Myers] made it clear they want me here. I don’t have any desire to go anywhere else, and I’m not gonna play that card and play it out as a free agent and do all that stuff. I’m gonna coach here for a long time. We’ll get something done here pretty quick, and there won’t be much fanfare. It’s just gonna happen and we’ll move on.”