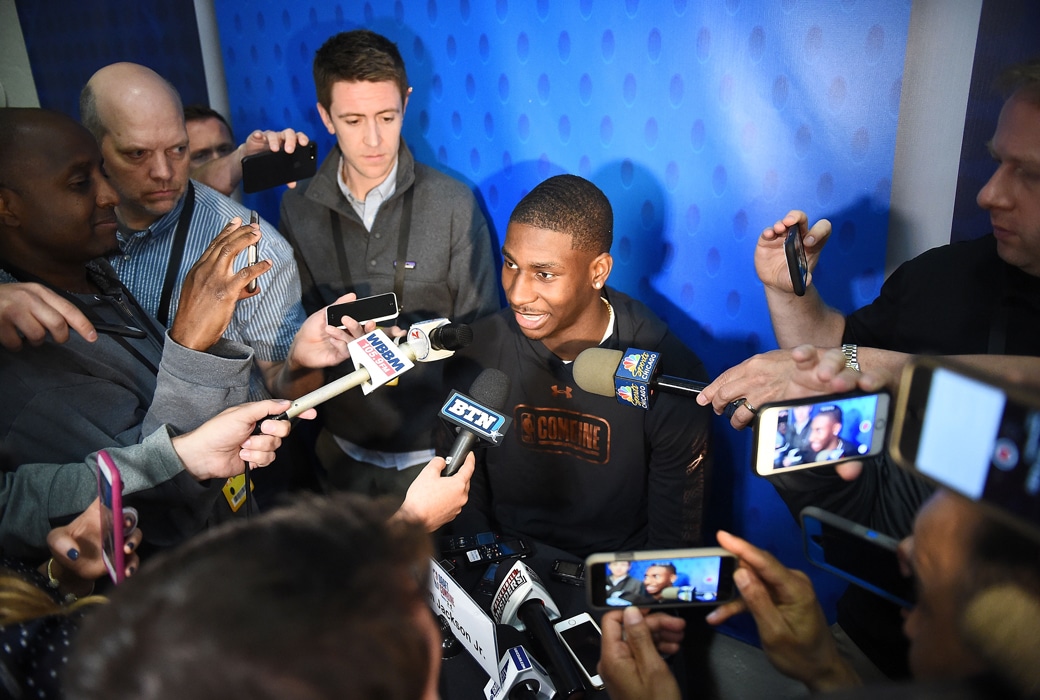 Michigan State freshman Jaren Jackson Jr. is apparently killing his workouts and rising up draft boards, as ESPN‘s Adrian Wojnarowski reports that teams picking outside the top four are working to move up to potentially land the versatile 6-11 forward:

Sources: Jaren Jackson Jr., had a monster workout for Suns on Sunday, and continues to be the long-term prospect those outside Top 4 are working to move up and select in draft. Offers to Sacramento, Atlanta and Memphis may become increasingly aggressive between now and June 21.

The draft is Thursday, June 21 at the Barclays Center.