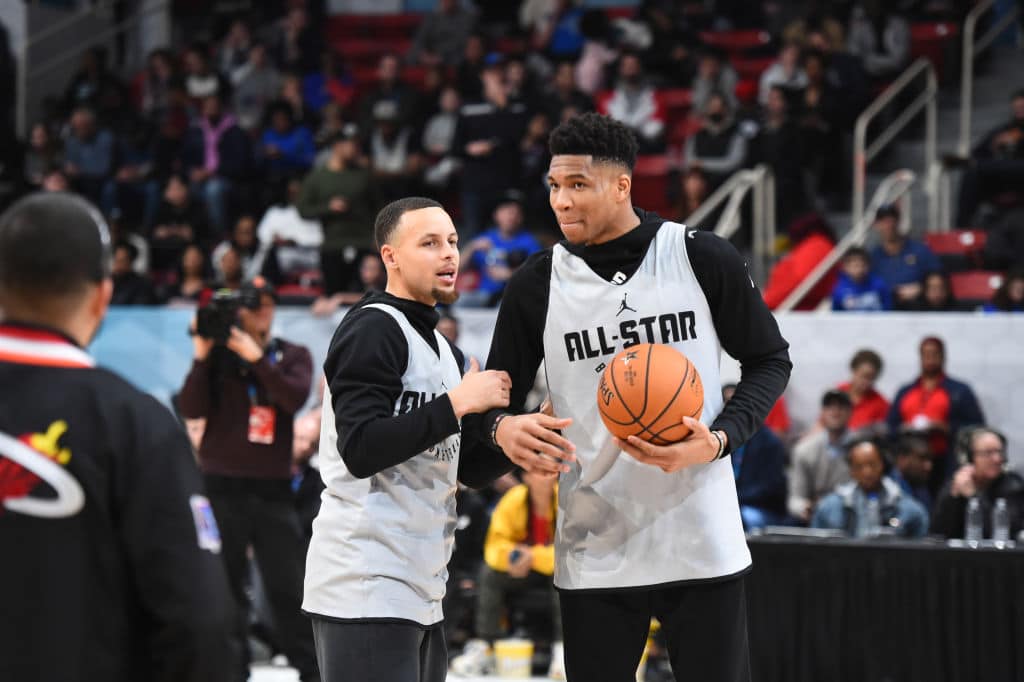 The Warriors are said to have “internally mused” about going after Giannis Antetokounmpo on two conditions.

Golden State would presumably chase Antetokounmpo should Kevin Durant bolt this summer, and if the Greek Freak hits the free agent market July 1, 2021.

I can promise you, furthermore, that the Warriors have internally mused about a run at Giannis — however futile it may prove to be — in the event they can’t convince Kevin Durant to re-sign this summer.

Trying to sign the most attractive free agent available is on the first page of the Golden State owner Joe Lacob’s playbook.

The defending back-to-back NBA champs would also likely have to part ways with Draymond Green—a free agent next summer—in order to get Giannis.

So those two would eat up more than 70 percent of the cap by themselves. If, as expected, he signs a max extension with the Warriors this coming July, [Klay] Thompson would be on board for $37.9 million for 2021-22, which would put the Warriors very near the projected cap number with three players.

Which means that if the Warriors are aiming for another superstar, there would be no room for Green. That’s where it gets difficult, emotionally and financially.