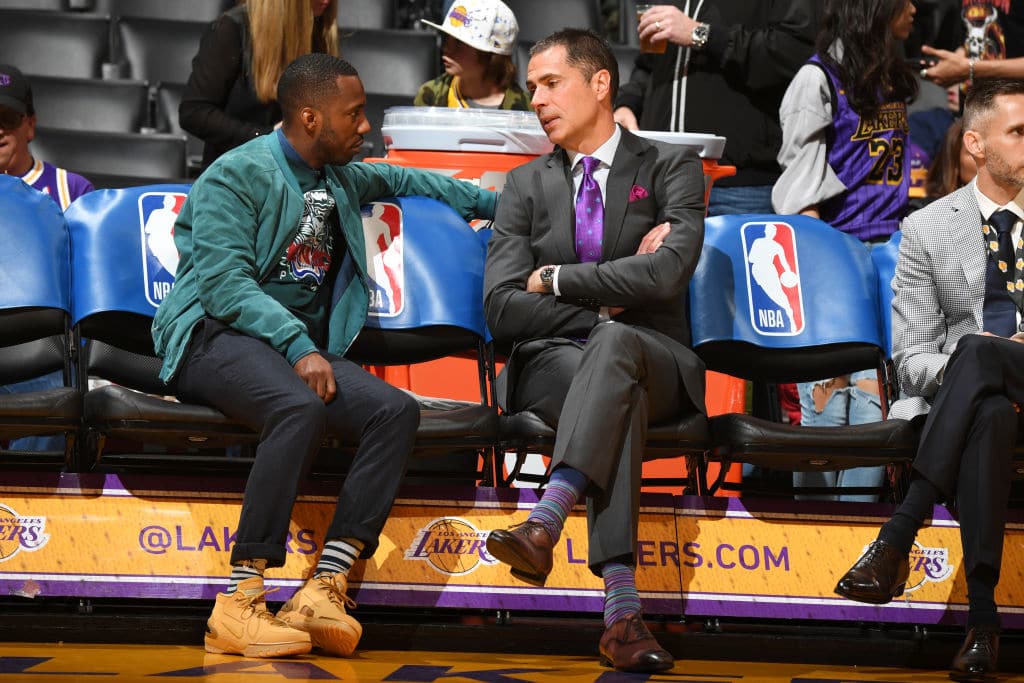 Rich Paul, the super agent who represents both LeBron James and new teammate Anthony Davis disputes the idea that he has any control over the Los Angeles Lakers’ decision-making.

“I don’t want to run the Lakers,” says Paul.

Paul added that he might one day want to own his own NBA squad.

Per Complex (via SiriusXM NBA Radio):

“Are you kidding me?” he said when he was asked if he runs Los Angeles. “I love what I do, man. I love the guys I represent. I love being in that process.”

While he said he might be interested in buying a team one day, Paul said that he still enjoys being an agent.

Paul doubled down on his initial statement to close out.

“I don’t run the Lakers. I don’t want to run the Lakers, but the Lakers are a great organization,” he said. “They’ve been nothing but great to me, per se, through the guys that I represent.”

Related Anthony Davis’ Agent: Players Recruiting Each Other ‘Nothing New’