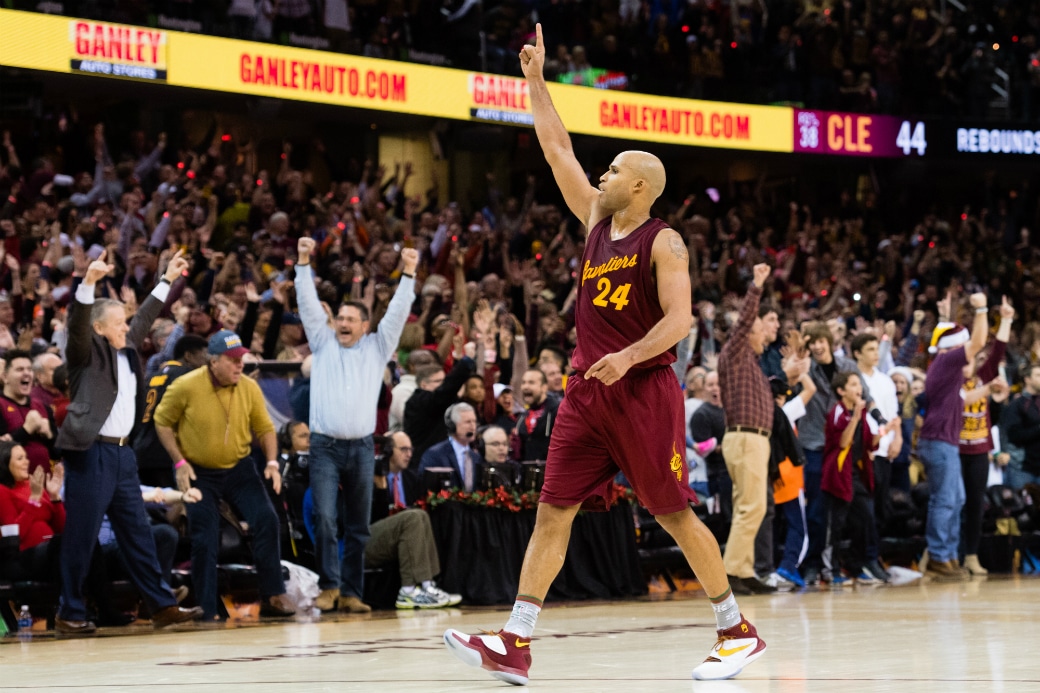 Appearing on ESPN‘s The Jump, veteran forward Richard Jefferson recalled some epic moments from his 17-year career in a game of “What were you thinking?”

Topics included RJ’s dunk over Klay Thompson on Christmas day in 2016, his game-saving block of Chauncey Billups in 2004, his brief “retirement” after winning the 2016 championship, and more:

RELATED
Richard Jefferson: ‘LeBron Is The No. 1 Camaraderie Guy I’ve Ever Been Around’