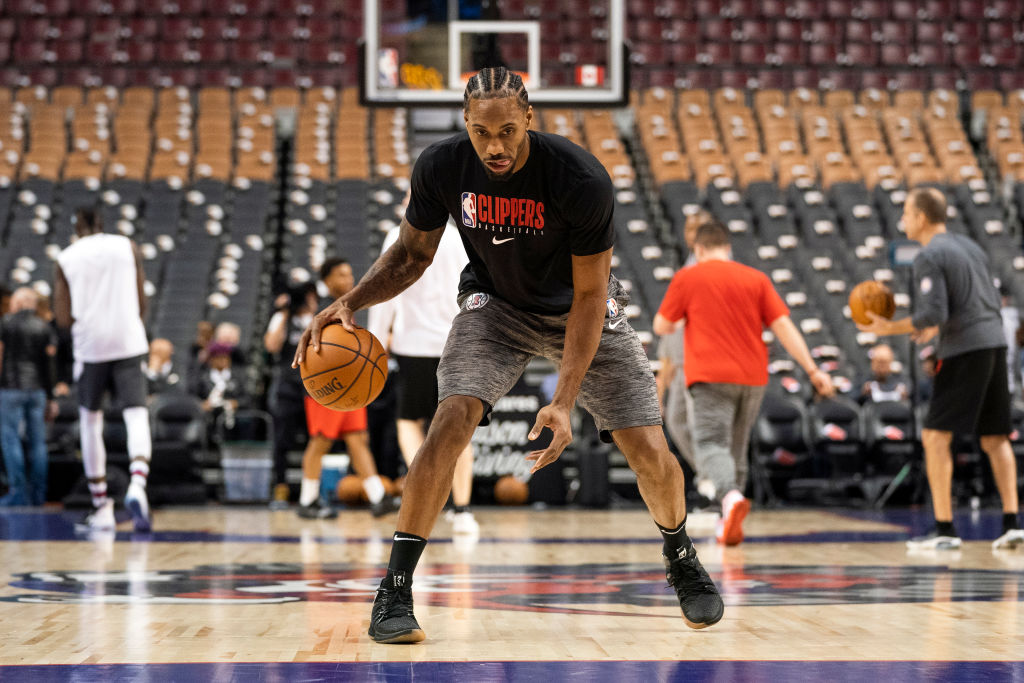 Kawhi Leonard is back in Toronto tonight for the first time since leaving town as an unrestricted free agent this past summer.

Leonard, in his trademark understated fashion, told reporters that the Raptors’ unprecendented championship “ride was fun.”

Kawhi expects “more boos” than cheers from the Raps’ faithful.

“The ride was fun,” Leonard said at the LA Clippers’ morning shootaround before playing in Toronto for the first time since leaving as a free agent in July. “I had a great time last year with the coaching staff, front office and the players. It was a great experience.”

The All-Star forward said his decision to leave Toronto after one season wasn’t easy when he considered the Raptors, Clippers and Los Angeles Lakers.

“Gave it big consideration,” Leonard said of possibly re-signing with Toronto. “I took my time like I did; I didn’t hurry up and make a quick decision. I talked to front office in deep detail. It was a hard choice to make.”

Leonard does expects to hear some jeers, though.

“I mean there will be some cheers but definitely more boos because they want to win the game,” Leonard said. “They’re not going to be cheering for a player that’s on the opposing team. They’re still rooting for the Raptors.”

Related Nick Nurse: Kawhi Leonard Was ‘Cruising to His 30 Points a Night’