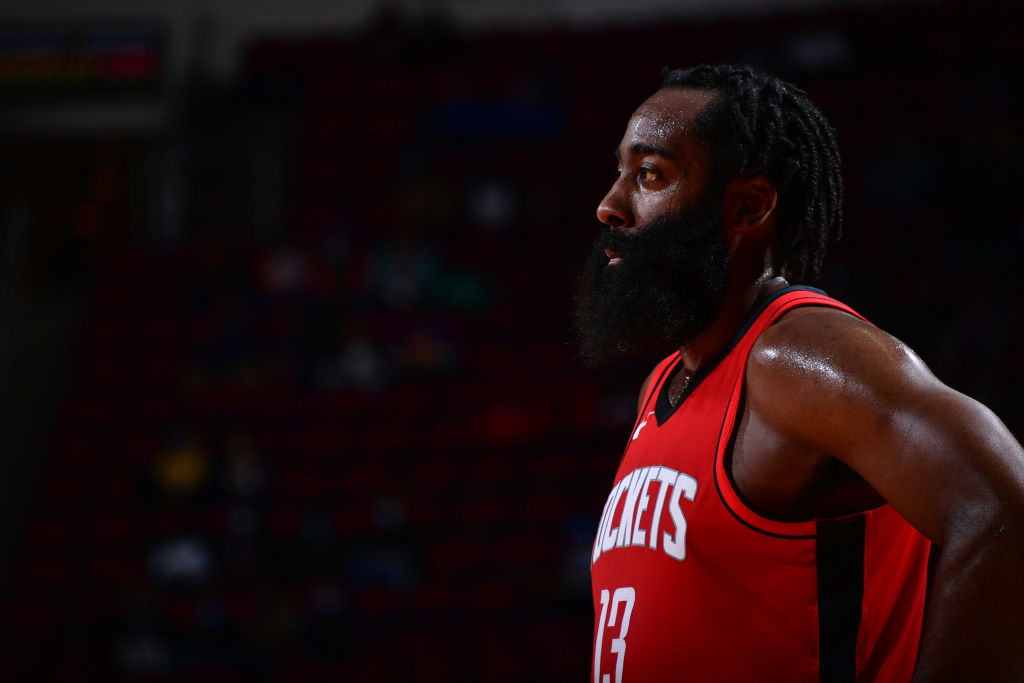 After nine seasons with the Houston Rockets, the organization has decided to retire the number 13 in honor of former star James Harden, per the Houston Chronicle’s Jonathan Feigen (subscription required):

“James Harden will always be a Rocket,” Fertitta said via text message Tuesday. “Of course, we will retire his jersey. He made my first three years of owning this franchise unforgettable. The success he brought this franchise over eight years and the memories he created for our fan base/community (are) truly remarkable.”

A former Sixth Man of the Year, Harden will be the sixth player in Rockets history to have his jersey retired, joining Hakeem Olajuwon, Moses Malone, Clyde Drexler, Yao Ming, Calvin Murphy and Rudy Tomjanovich. All of the previous players to have their jerseys retired were inducted to the Hall of Fame, as Harden will eventually be as well

Traded to Houston in 2012 in a move that dismantled a championship-contending Oklahoma City Thunder team, led the Rockets to the playoffs every season after the deal, including two Western Conference Finals berths.

During his eight-plus with the Rockets, Harden played 621 games, averaging 29.6 points and 7.7 assists per game. He was named an All-Star selection eight times, an All-NBA selection seven times, won three league scoring titles and won the 2017-18 NBA MVP award.

Ultimately, the former third overall pick finished his tenure in Houston as the Rockets’ all-time leader in assists (4,796), 3-point field goals (2,029) and free-throw conversions (5,554), three hallmarks of his game. Harden trails only Hall of Fame center Hakeem Olajuwon, who played 17 seasons in Houston, as the all-time scoring leader with 18,365 points.

Harden, who started this season with Rockets, was dealt to the Brooklyn Nets after requesting a trade from a re-tooling franchise that lost revered team architect Daryl Morey in the offseason. He’s now averaging 25.2 points, 11.0 assists and 7.7 rebounds per game this season and has been named to his ninth straight All-Star Game.

Harden will be playing his first game in Houston since the trade on Wednesday, Mar. 3.