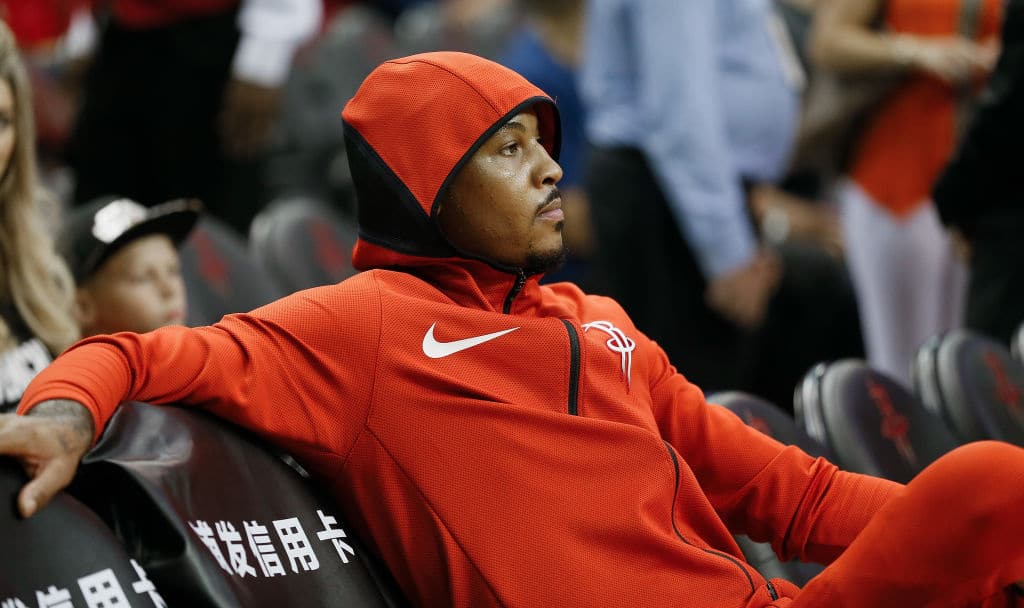 The Rockets parted ways with Carmelo Anthony after a mere 10 games last season, their braintrust having concluded that the 35-year-old future Hall of Famer “just can’t player NBA defense anymore.”

Melo now finds himself on the outside looking in, his basketball future very much in doubt.

In the Rockets’ first five losses, opponents shoot a whopping 54% when Anthony is the closest defender. “We just couldn’t put him on the floor defensively,” one team source says.

In 2018-19, Anthony had an offensive rating of 102.3 and a net rating of minus-9.9 — both the worst of his career. “He just can’t play NBA defense anymore,” one Rockets source says, but the offensive woes ultimately calcified the Rockets’ thought that they had gambled and lost. Still, there remains a measure of guilt among some in and near the organization and within Anthony’s circle.

“I feel awful that it ended the way it did,” says another Rockets source. “He would have been better off either going to Miami or just not playing. But those 10 games … basically ruined him.”