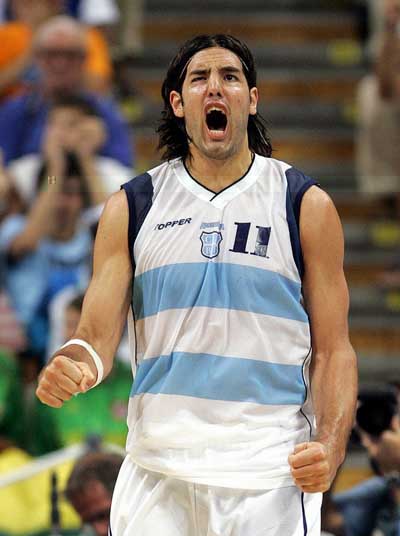 I’m looking forward to the weekend. As soon as the work day is done, I’m heading off to Montreal for two days of debauchery. A good time will be had.

-Houston gets their Scola.

The Rockets completed a deal to land forward Luis Scola, one of the stars of Argentina’s 2004 gold medal winning Olympic team and twice the MVP of the Spanish league, sending guard Vassilis Spanoulis, a 2009 second-round pick and cash to the Spurs for Scola and reserve center Jackie Butler.

-The Knicks like Steve Blake. And why wouldn’t they?

-Speaking of NY, some in the organization have seen Starbury’s glorious interview on “Mike’d Up” and they were not impressed.

At best, one Madison Square Garden executive termed Marbury’s nine-minute Q&A “bizarre.” It certainly wasn’t a shining moment for an organization renowned for obsessing over the media to the point of being controlling.

“I haven’t seen it but I heard about it,” Thomas said of Marbury’s interview.

-Tony Parker has a new rap video, and it’s as bad as you’d expect.

(Why can’t Popovich fine or suspend him for this?)