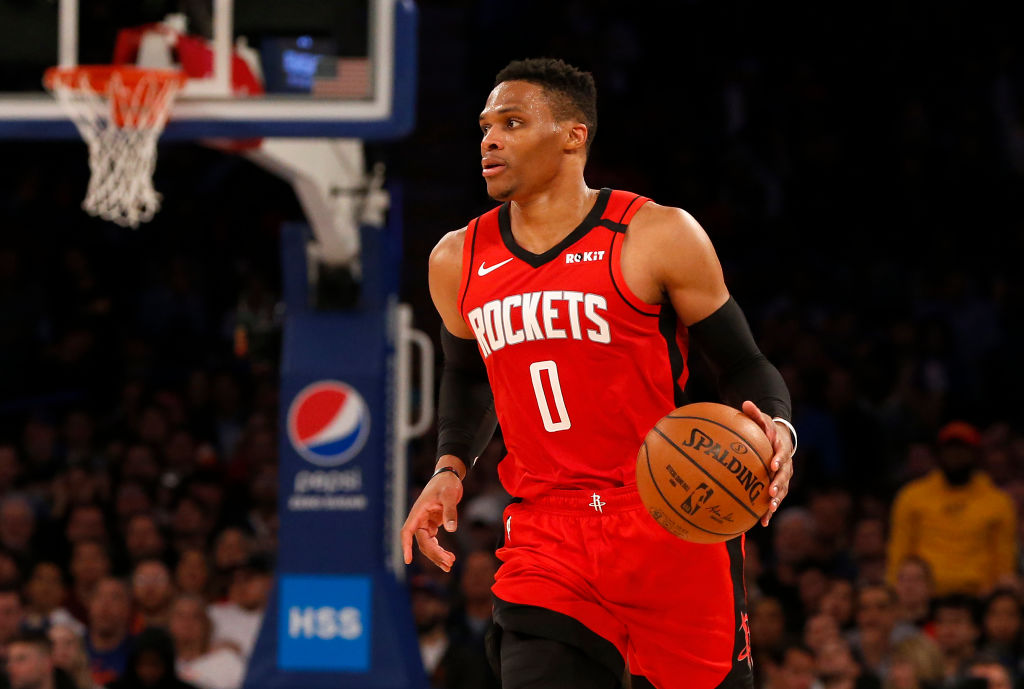 Russell Westbrook’s one-year tenure with the Houston Rockets has come to an end. ESPN’s Adrian Wojnarowski writes that Westbrook has been traded to the Washington Wizards in exchange for John Wall and a 2023 first-round pick.

The blockbuster move gives two perennial All-Stars a change of scenery and wraps up two of the league’s most watched offseason narratives. Both Westbrook and Wall were reported to want out of their current situations.

The move puts Westbrook in a Wizards lineup alongside Bradley Beal, which figures to inject new life into D.C.’s playoff hopes not seen since Wall was fully healthy prior to his Achilles tear in 2018.

Westbrook averaged 27.2 points, 7.9 rebounds and 7.0 assists for the Rockets last year, alongside one of history’s most ball dominant offensive superpowers in James Harden.

It’s worth noting that the Wall the Rockets are acquiring is healthy and hoops fans would be wise not to sleep on the 30-year-old with career averages of 19.0 points and 9.2 assists per game.

The trade reunites Wall with former Kentucky Wildcats teammate DeMarcus Cousins. That’s a pairing that the basketball world has been waiting to see at the NBA level.

Both players are on enormous supermax contracts through the 2022-23 campaign, so neither team gained additional flexibility from the move. Houston did pocket a future first pick, however, which could balance for the increased additional risk around Wall.

That pick, Shams Charania of The Athletic writes, is lottery protected in 2023 and becomes incrementally less protected as years go on if it doesn’t convey.