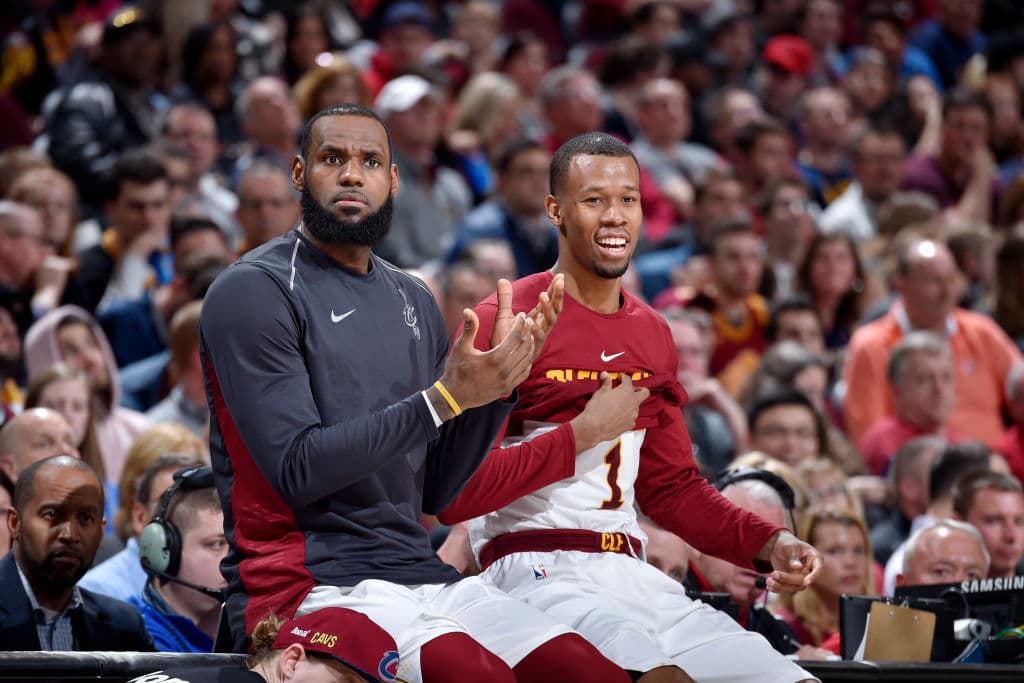 Rodney Hood is glued to the Cavs’ bench, and says he has struggled to adjust to the pressure of playing alongside LeBron James in Cleveland.

Hood’s performance and playing time have been on a downward spiral during the postseason.

“At times when I may lose a little bit of confidence because of playing time or whatever, I look back to my Utah highlights a lot on YouTube just to remind myself that that was this year when I did those things,” #Cavs guard Rodney Hood. #NBAFinals #NBA https://t.co/lDVxlltUqs

The 25-year-old was acquired in a mid-season trade with the Utah Jazz.

Hood acknowledged it has been hard to adapt to the worldwide spotlight that comes with playing with James and the four-time reigning Eastern Conference champions. Hood also could have added stress from being a restricted free agent this offseason.

“This is something different. It has been tough,” Hood said. “The basketball stuff has been the easiest part. The stuff that comes out of it, you lose a game and everyone talks about it on TV the next day. They may say some things that you may not agree with. If you win a game, you’re supposed to. Those kind of things are something I kind of got on a much smaller scale and dealt with at Duke.

“You lose a game and you feel like the world is coming down. You win, it’s like, you’re supposed to win. It’s still a struggle to me to adapt to that.”