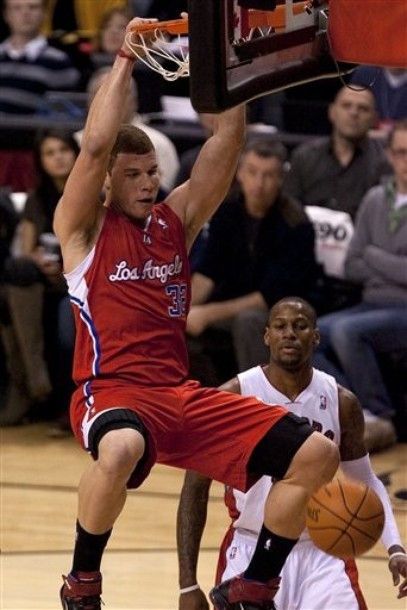 All-Star weekend is a time for fun and excitement; a chance to unwind, regroup, and enjoy the show. Over the next few days, we’ll watch the world’s greatest athletes perform the inconceivable.

But the All-Star break is, after all, a break. And with any break comes reflection. So let’s reflect.

At this point, we can point out which rookies fit in the NBA mold and which ones are still a work in progress. We all have favorites, whether it’s Gordon Hayward’s white-boy baby-face style of play, Gary Neal’s under the radar ratchet, or Blake Griffin’s abnormal trampoline hops.

Thus far, with the exception of Oklahoma City’s Cole Aldrich, we’ve seen solid contributions and flashes of brilliance from every lottery pick. We’ve also witnessed the emergence of the unknown, like Neal and Landry Fields.

Every incoming draft class remind us to expect the unexpected, to prepare for the unknown. And that’s why I love rookies. Everyone has a chance. Perhaps the mantra of the legendary iS8 AAU basketball tournament says it best: Bring your game, not your name.

The Clippers lost three of four, but Griffin was on the prowl again.

In L.A.’s loss to Cleveland last Friday, we were reminded why the NBA is so great.

Blake Griffin couldn’t careless Antawn Jamison has been in the league for 70 years, and Jamison wasn’t ready to accept any of Griffin’s rookie nonsense.

The outcome: a fierce, possession-to-possesion battle, resulting in a combined 67 points and 19 rebounds.

Jamison (35, 9) had the last laugh, hitting a 3-pointer with 22 seconds left in OT for the Cavs. And for the first time all year, we saw Griffin pissed off. When asked about JJ Hickson’s borderline goaltend in the final seconds of regulation, the naturally calm Griffin went off.

Props to Jamison for showing up. He made Griffin defend inside-out, and exposed him in the process. But by the same token, Griffin abused Jamison. I love it.

Two nights later, Blake went up against fellow rookie Ed Davis, another solid battle. Griffin put in work, posting 21 points and 15 rebounds, but so did Davis. The former Tar-Heel put up 13 points and 14 rebounds on 6-8 shooting.

In his final game of the week, Griffin matched up with Kevin Love, and it was just another day in the neighborhood. Love got his 18 and 18, while Griffin got his 29 and 8.

To be honest, I haven’t watched enough Timberwolves games this year. Hence, I still don’t get how Love is so consistent on the glass. Does he have hops? Is he the best ever at boxing-out? I have to get on my shit, because what Love is doing is insane. He’s a below average athlete but the best the rebounder in the world. Just doesn’t make sense.

Back to Blake Griffin. According to Elias Sports Bureau, Griffin’s the second rookie in the last 40 years to average at least 22.8 points and 12.6 rebounds heading into the All-Star break. The other was Shaquille O’Neal of the 1992-93 Orlando Magic (24 and 14.3).

Another solid week for Wall, who led Washington to its first road win of the season in Cleveland on Sunday.

Wall had 19 points, 14 assists, five rebounds, and two turnovers. In Wednesday’s blowout loss at Orlando, Wall had his third highest point total of the season, scoring 27.

It may be a rebuilding year in Washington, but the development of both Wall and Nick Young provides some solace for Wizards fans.

There’s been a huge fallout from Cousins’ suspension this week, with tons of emerging speculation and concern.

One headline that caught my eye: “Is Cousins worth it?”

I’ve been repping Cousins’ game, and quite frankly his mindset, all year.

In no way do I condone locker-room beefs (aside from the rumored Kobe-Shaq beef of the 2000’s that resulted in three consecutive titles), but Cousins is

exactly what the Kings need, both in his basketball arsenal and mindset.

His arsenal: A 6-11, 270 pound frame. A combination so rare that I can’t think of another player in the league other than Shaq with that foundation.

Throw in a 15-20 foot face-up game that’s already taking form, remarkable ball control and touch for a guy his size, and Cousins has all the physical tools you could dream of.

His mindset: You’re not taking my lunch, my money, or my chain. But you can try.

DeMarcus plays with fire and emotion, both which need to be channeled better, but his take-no-prisoners attitude is atypical for a rookie. We expected the technical fouls and the occasional let-me-sulk-and-make-some-bad-decisions, so I just ask to give him some time.

However, there’s one hindrance to his development, and it lies in the rocker room, but it’s of Cousins’ control. The problem is he has no guidance.

The Kings are among the youngest teams in the NBA, and have Jason Thompson and Sam Dalembert as mentors, and it seems coach Paul Westphal has more disconnect than chemistry with Cousins.

You could be the best driver in the world, but if you get thrown into a two-way highway your first time behind the wheel, you’re screwed. What about acquiring a Marcus Camby, or getting a veteran coach on your bench to guide DeMarcus, a la Sam Cassell working with John Wall. If Cousins doesn’t have a helping hand, some feel his potential will be cut short, similar to OJ Mayo or Terrence Williams.

On the court this week, Cousins continued to be a force down low.

–Cavs rookie Christian Eyenga is having a strong month, averaging close to nine points per game in February, 5th among rookies.

–Raptors rookie Ed Davis was a monster on the glass this week, averaging 13.3 rebounds in three games, including a 13 point, 14 rebound performance against Blake Griffin on Sunday.

–Pacers rookie Paul George put together a solid week, in particular on the defense end against Miami. In Tuesday’s game, George put forth a concentrated effort on containing Dwayne Wade.

Wade had 41 points, but if you watched the game, you saw George doing all he could. He tried to use his length and instincts to cut off driving lanes and contest shots, and he didn’t back down when Wade got physical. George ultimately got shredded, but you have to respect the effort. He also finished with 14 points and five rebounds.

That’s it for now. Check back for the Rookie-Sophomore game preview, which should be dropping soon. Enjoy All-Star weekend, it should be great. One love.