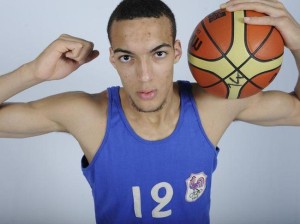 Every summer, when NBA Draft preparations kick into gear, a flock of highly coveted international players invade the weekly mock drafts and combine chatter on the American interwebs. But to those not named Fran Franschilla, the majority of these foreign names sound more like famous dishes than budding NBA superstars.

Rudy Gobert was no different.

Before the 20-year-old Frenchman came to Chicago for the League’s annual combine, Gobert was just another faceless name added to the list of international prospects filed under the “potential” category. Then, the 7-2 center’s combine-record 7-9 wingspan and impressive conditioning was broadcast on national television, and fans of lottery teams began to buzz.

The hype over French-born players in the NBA is nothing new. The 2013 Western Conference champion Spurs rely heavily on both Tony Parker and Boris Diaw to be playmakers. Joakim Noah was arguably the most impactful defensive player this season in the entire L. Nicolas Batum earned a $10.8 million out in Portland. Even Evan Fournier started and played 22 minutes in the Nuggets’ Game 1 win over the Warriors in the first round.

Rudy Gobert could be no different.

“I started playing basketball at 11,” Gobert said through his think French accent. “When I was with Cholet, I knew that guys like Roddy Beaubois and many others left for the NBA, I figured there was no reason why I couldn’t go too.”

Gobert was a lanky string bean of a preteen from Saint-Quentin, a commune in the very north of France, when he first joined the Cholet basketball club. He says he was 14 when he joined the near 40-year-old French League and Eurocup affiliate.

Now, just six years later, the lottery lock is training in Dallas, TX, in hopes of being one of the best players in what many consider a weak Draft.

“My goal is to be a top seven or eight draft pick. Although I won’t be upset if I don’t go top seven,” Gobert said. “I’ll be very upbeat just to be drafted and I’ll be ready to go out there and ready to play this summer. Whichever team drafts me, I’m just going to work hard to get better.”

At just 240 pounds, one of the biggest knocks on Gobert is that he’s too skinny to play center with the world’s best and will get bullied down low. The prospect and his trainer, Terrelle Woody, both recognize Gobert’s weaknesses and potential flaws.

“Right now he needs to just get stronger, which he has already,” said Woody, a former member of the USF coaching staff. “It’s gonna add more to his being able to take a pounding on the block and finish over stronger players.”

In the Dallas JCC’s gym, Woody has trained Gobert for several weeks now, working on everything from post moves to his jump shot and lower body strength. Both parties agree that the soon-to-be 21-year-old has already improved by leaps and bounds.

“I need to get ready physically so I’ll be able to fight for position, play defense and rebound,” Gobert said. “So, I just need to get stronger and add weight. I’m doing good right now, I’m getting stronger. I need to improve my shot and my footwork, too.”

But, like the many French players before him, Gobert has an advantage over American prospects. His extremely high basketball IQ on the court and overall knowledge of the game separate him from other big men who are considered to have potential based off of size alone.

Woody, who compares Rudy Gobert to a sometimes-infamous Denver Nuggets center, thinks it’s Gobert’s mental supremacy that will translate the most to the NBA.

“He’s a lot like JaVale McGee but with a lot more skills early on,” the trainer said. “JaVale had a better physical presence and more strength when he was younger but Rudy is far more skilled than what JaVale is today. Rudy’s IQ is pretty high, he can learn and learn fast. His ceiling is really high.”

Gobert thinks his basketball mind will translate from Europe to the League, too.

“In Europe there’s more intelligence, it’s a more intelligent game,” he said. “It’s knowing the difference between when to go for a block and to just play defense. In the NBA it’s simple, but more physical. Some teams play smart like Memphis and San Antonio, but most of the teams just play for the fast break and play up-tempo every time.”

Woody has seen glimpses of what Gobert’s potential ceiling can be with his IQ and physical tool set in workouts alongside current NBA players Dominique Jones, Josh Selby, Nolan Smith, Michael Beasley, Greivis Vasquez, Kendall Marshall and, of course a Frenchman, Beaubois.

Training with Beaubois and receiving advice from other French players around the League has given Gobert more fuel to his fire.

“I’m talking a lot with Nicolas Batum,” Gobert said. “I was with him in Paris. I talk to many guys, Evan Fournier, of course. He was with me last year in Cholet. Roddy Beaubois is working out with me right now in Dallas In Paris they are legends. They all just tell me to keep working and if I do that I’m going to be good.”

Even further, many could argue that one of the best centers in the League shares the same nationality as Gobert.

“I love the way [Joakim Noah] plays. I love all of his energy and how he fights for every ball. He’s a special player.”

With three inches on Noah, Gobert could easily have a similar impact on the defensive end of the floor. Hop onto YouTube, and you’ll see Gobert might as well have his picture next to the definition of “rim-protector” in the dictionary. Watching Gobert’s highlights from adidas’ Eurocamp 2012, the big man shows off a great touch around the basket and elite finishing skills at the rim as well. When you have the largest wingspan in NBA history along with a 29-inch max-vertical, you tend to be able to throw down with ease and authority.

All of that has been enough to attract many NBA scouts’ and teams’ attention. But, Gobert says teams should draft him for his motor, drive to improve and ability to play as a true, complete center.

“A team should draft me because I’m going to protect the rim, I’m going to be able to rebound and I’m going to become a very fast player too. My vision is also going to help,” Gobert explained. “I’m a center. Right now, in my game, I can play a little pick and pop, I can roll to the basket. I can play defense on both 4- and 5-men. I’m working on my shot, but I’m a 5.”

With a high IQ, potential and his fellow countrymen paving the way for him to be successful, Rudy Gobert might have just the tools to stand out out in a “weak” class.