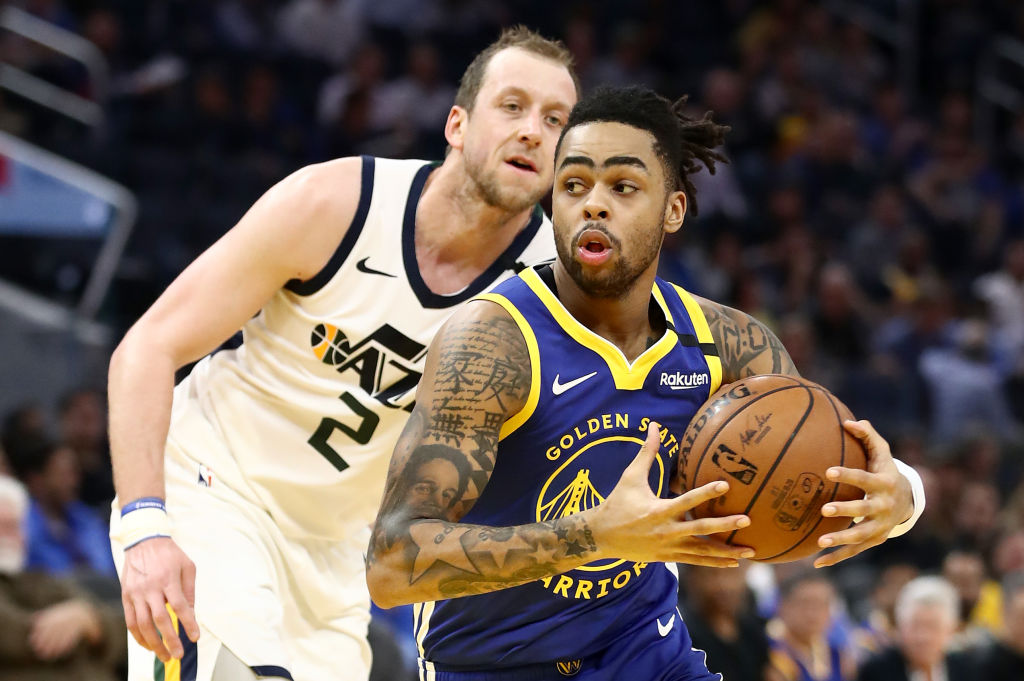 The Minnesota Timberwolves, Houston Rockets and Atlanta Hawks are discussing a multi-team trade that could extend to include the Golden State Warriors, a pair of reports claim.

The potential deal, which was first reported by Kevin O’Connor of The Ringer and later corroborated by ESPN’s Adrian Wojnarowski would involve Clint Capela, D’Angelo Russell, Robert Covington and a number of first-round picks.

In the discussed swap, the Rockets would land Covington, the vaunted, affordable three-and-D perimeter threat that they’ve been chasing for wing depth. The Hawks would, in turn, bring back Capela, a pivot that they’ve had their eyes on.

Where things get interesting is with the Timberwolves. If the initial three-way framework successfully yields draft assets for Minnesota, they could then turn around and offload those on the Warriors in exchange for Russell.

In his original report, O’Connor wrote that such an arrangement had been discussed by the Hawks, Wolves and Rockets but was put on pause after Minnesota dangled the draft assets to Golden State and were rejected.

Wojnarowski adds that the Wolves could potentially be landing a pair of first-round picks in the three-way portion of the deal, which would give them additional resources to offer Golden State if they’re serious about prying Russell away.

The ambitious move is still in discussion and it’s important to note that the teams hit a dead end with Golden State’s apparent refusal to part with Russell in exchange for what the Minnesota had made available.

For the math to work in a potential Russell-to-Minnesota swap at all, there would need to be salary sent back to Golden State in addition to convincing draft assets.

The Warriors are close to the hard cap and are limited in what they can take back above and beyond Russell’s deal but Andrew Wiggins’ $27.5M contract would fit.

What we’ll wait on now is for further reports about how Minnesota’s offer to Golden State may evolve as the Thursday trade deadline approaches. If they’re unable to put together a suitable package for Russell then they may not be inclined to participate in the initial three-team portion of the swap.