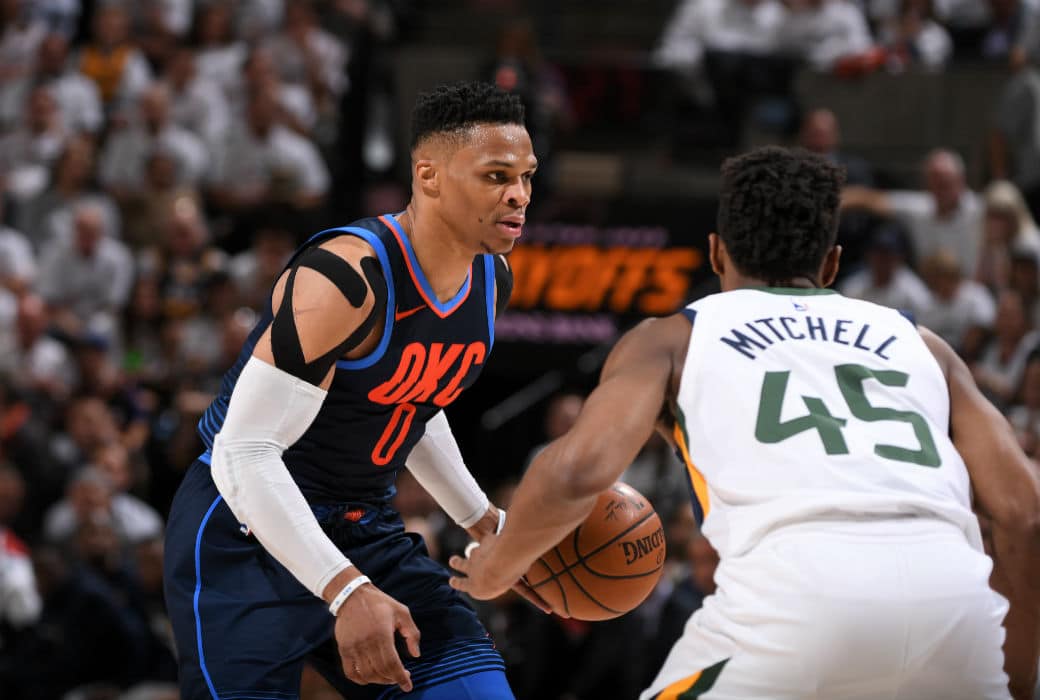 There was some speculation that Russell Westbrook would be suspended for Game 5 of the Thunder’s first round series with the Jazz following a scuffle he got into with Rudy Gobert following a hard foul. However, the NBA has announced he’ll be fined $10,000 and retroactively assessed a technical foul — initially, Gobert and Raymond Felton got T’d up — for his role and won’t be suspended.

Russell Westbrook has been fined $10,000 and assessed a technical foul for an altercation with Rudy Gobert in Game 4. He will not face any further discipline.

You can see the play in question here:

It didn’t seem likely that Russ would face harsh discipline, but there was question if he was checked into the game by a ref when he got in Gobert’s face. If not, he would have been illegally on the floor when he wasn’t supposed to be, which may have made a suspension possible. The Thunder are down 3-1 in the series, which heads to OKC on Wednesday night.