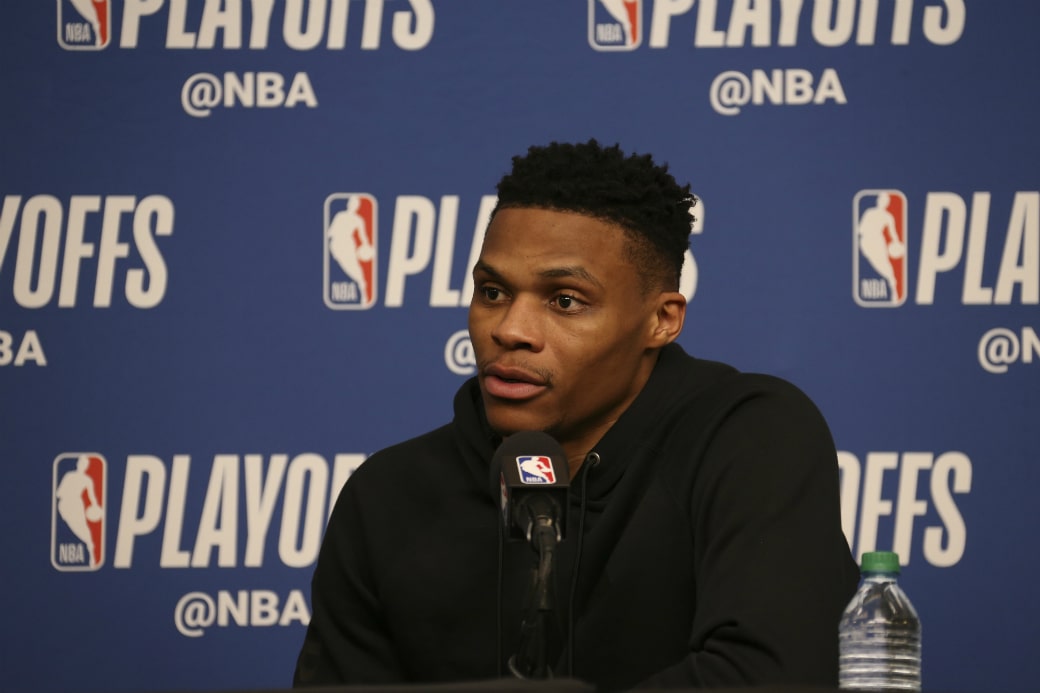 All-Star Russell Westbrook got in two separate confrontations with fans during Oklahoma City’s season-ending loss to the Jazz on Friday night:

Russ was asked about the incidents in his postgame press conference:

I don’t confront fans, fans confront me. Here in Utah, a lot of disrespectful, vulgar things are said to the players with these fans. It’s truly disrespectful. Talk about your families, your kids. It’s just a disrespect to the game. I think it’s something that needs to be brought up. I’m tired of just going out and playing and letting fans say what the hell they want to say. I’m not with that. Because if I was on the street, they wouldn’t just come up to me and say anything crazy, because I don’t play that sh*t.