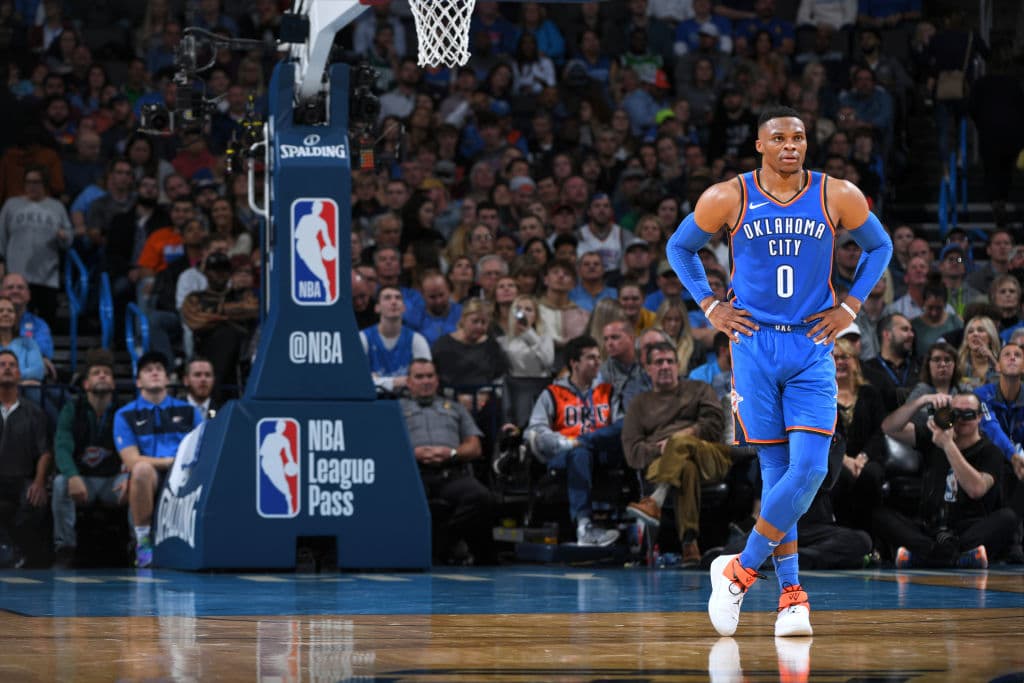 Russell Westbrook insists that there is “no need to panic” over the Thunder’s 0-4 record, their worst start since the franchise moved to Oklahoma City.

Westbrook vows to personally get them back on track.

Russell Westbrook on the Thunder’s start: “There’s no need to panic … “we’ll be OK, and I will make sure of that.” https://t.co/Km5OQzKVuz

The Thunder have fallen in an 0-4 hole, and while there’s context, as [head coach Billy] Donovan pointed out — Westbrook missing two games and training camp, a couple of tough games against quality opponents — their start is still a shock to the system.

“We’re OK. We’ll be all right,” Westbrook said. “It’s early. I’m confident in my guys in this locker room, I’m confident in myself and my abilities to make sure that we have an opportunity to win a ballgame. There’s no need to panic. Obviously we’re not starting the way we wanted to, but we’ll be OK and I will make sure of that. So, not worried.”