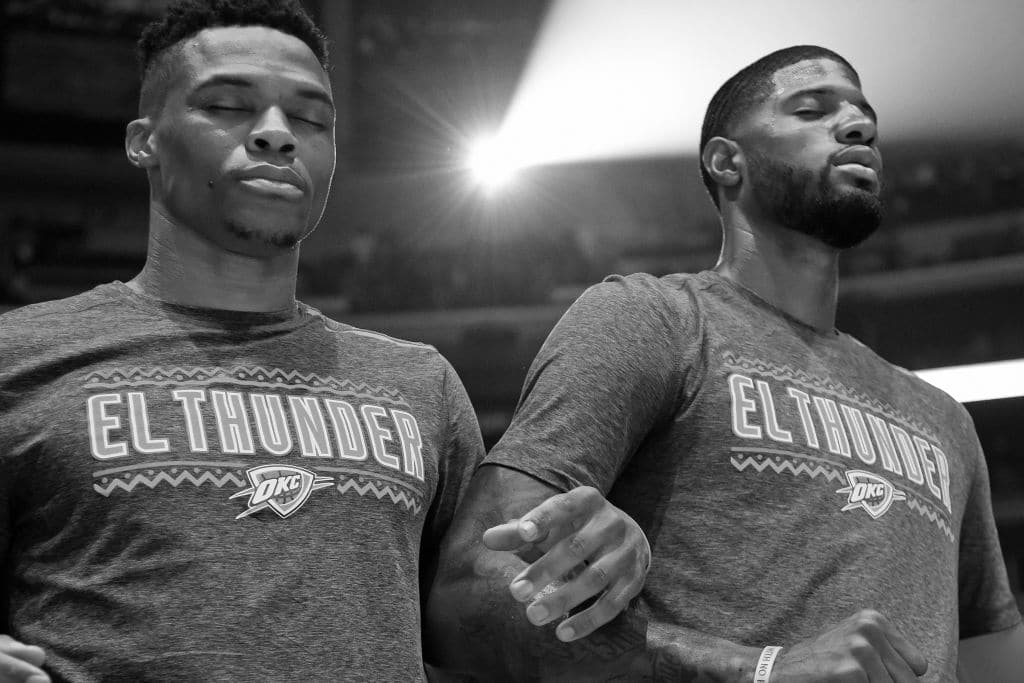 Paul George‘s trade demand this summer came as a shock to everyone but Russell Westbrook.

Russ says he fully supports PG’s desire to bolt from OKC and hoop for the LA Clippers.

The Thunder ended up sending Westbrook to the Houston Rockets in a separate blockbuster swap, where he feels he found “the best situation.”

“I can’t be surprised if me and Paul were in communication the whole time,” Westbrook says. “So I wouldn’t say I was surprised at all. I’m all for doing what’s best for my teammates. If Paul felt like it was time for him to move on and explore options, then I’mma back him. That’s the type of relationship we have.”

Following a development of that magnitude, Houston began its due diligence. “Once Paul went to the Clippers, I reached out to Oklahoma City and they said they were open to talk,” Rockets general manager Daryl Morey says. “So we talked.”

Westbrook and the Thunder worked together to find a solution that made sense: a trade to Houston.

“Ultimately, there were a certain amount of teams that were able to take on my contract that I was able to, I would say, pick from,” Westbrook says. (Miami was another option, per Morey.) “This was the best situation for me.”