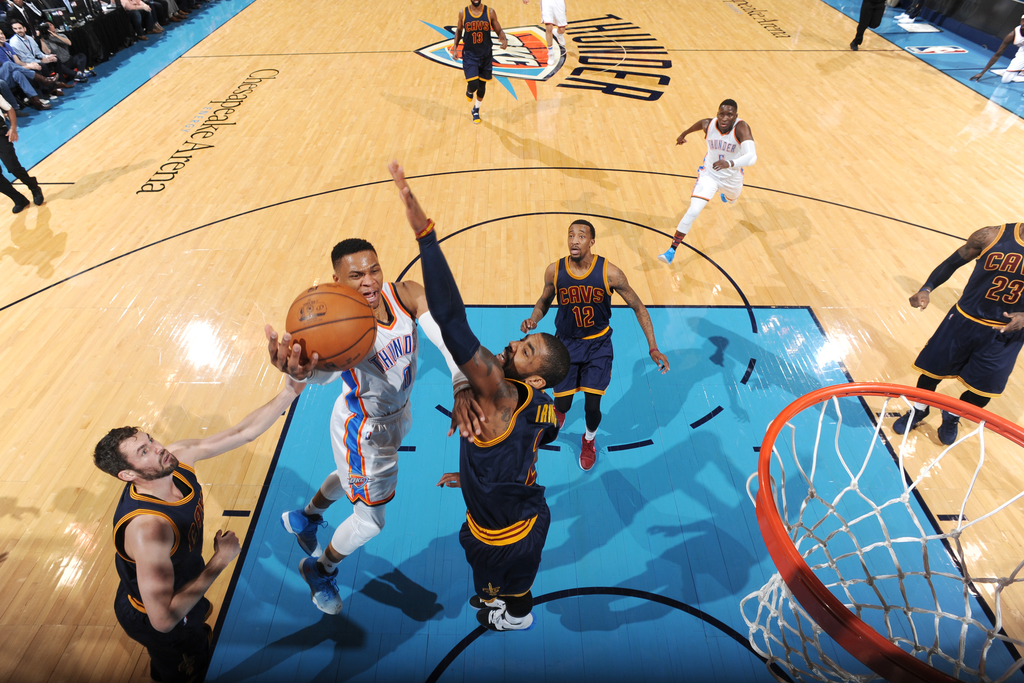 Russell Westbrook and Kyrie Irving put on a show Thursday night in OKC.

Irving finished with 28 points in the loss.

“There was a lot of drama going on before the game,” Thunder coach Billy Donovan said. “Who’s playing? Who’s not playing. They’re in. They’re out. They may play. It looks like they’re going to play. I just really told our guys, even in shootaround this morning, it’s about what we need to do and we need to understand personnel like we do for every scout.”

Irving scored 28 points, (LeBron) James had 18 and (Kevin) Love added 15 points and 12 rebounds for the Cavaliers. […] “It was good to go through something tough,” (Tyronn) Lue said. “It was a tough game for us. Four games in six nights, and it was good to fight through and not give in, so our guys came out and played. I liked how we competed.”

Westbrook hit back-to-back midrange jumpers to put the Thunder up 107-101 with 3:42 left. The Thunder increased their lead to 111-101 on a 360-degree layup by (Victor) Oladipo with 2:07 to play that gave Westbrook his 10th assist and clinched his triple-double.