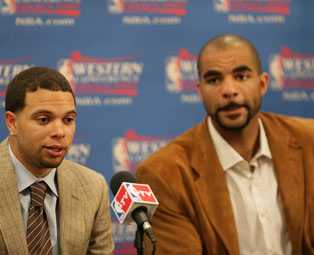 — So much was made about the Jazz being down 4 at the half, even though Tim had only played 12 minutes.  On one hand, it was an improvement over their wretched first half performances in San Antonio, but on the other hand how much good could be taken out of a 4 point deficit, at home, with Tim on the bench?  Grant Hill predicted that a rested Duncan was going to be a nightmare for the Jazz in the second-half.  I thought so, too. And then Fisher hit that trey at the six-minute mark of the 3rd to put the Jazz up 62-60 and then Timmy copped an offensive foul on the next play to head to the bench with four fouls; the Jazz were in the penalty with over five minutes left…and it was a wrap.

— There’s not a more complimentary tandem of young stars than the Deron-Boozer joint.  It’s a perimeter-interior duo.  They’re both even-keeled dudes.  And their games are strong.  Strong as in thorough and physical and imposing.  I’m sure this has been said so much that it’s probably a cliché; but I can’t help but get irritated when I see Bron balling with Snow and Gooden, when it could have been him and Boozer for the next 10 years.  Foul.

— The Williams-Parker face-off could realistically mirror what happened in Game 3 for the rest of the series.  As good as Deron/Fisher are on the defensive end, they can’t check Parker.  And we know Parker can’t even check Tyron Lue, much less Deron, hence Bowen taking that assignment often.  Still, Deron is straight bully-footing the Spurs.  It seemed like Deron was in the paint all night and with Duncan on the bench or saddled with fouls, there was little to thwart him.  Both those kats could literally toss up 30 point games for the rest of the series.  For real.  The difference between Deron’s Game 3 and Parker’s is that Deron was affecting all aspects of the game. He pushed the pace, he had five steals to disrupt the Spurs offense, his 9 assists were the kind that  “fed” his teammates as opposed to Parker swinging the ball for an open teammate (he had 7 dimes).  You still kinda expect Pop and the Spurs overall team defense to find an answer for this kid, as dangerous as he is.

— Duncan had eight turnovers! …in just 26 minutes.  Players react to foul-trouble-reduced minutes on the court differently.  Some lose all aggression and play like a tentative pansy.  Some get jittery and try to force action, sorta like making up for lost time.  Duncan was the latter on Friday.

— By the middle of the fourth quarter, it seemed like the Spurs stopped playing.  This is what veteran teams do, specifically in Game 3s when the home team, down 0-2 turns in an adrenaline-charged performance in front of an inspired home crowd and the game gets out of hand.  At a certain point, specifically in the Playoffs, a game gets out of reach and the brain switches to preparing for the next game.  In this series that spells an ornery Duncan and refocused Spurs squad squaring off against an emboldened Jazz team, which spells a dogfight. 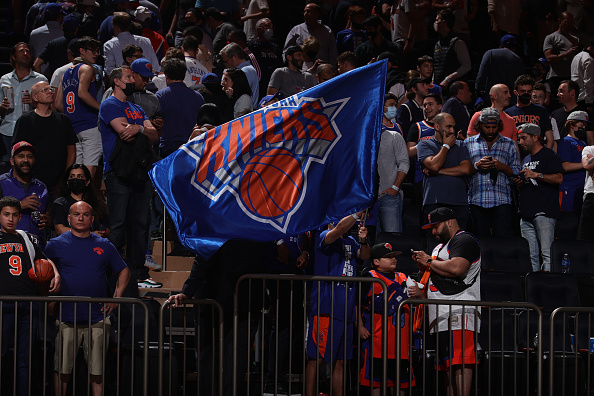 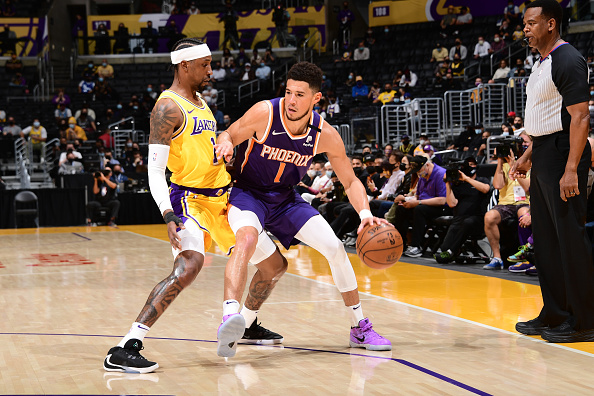 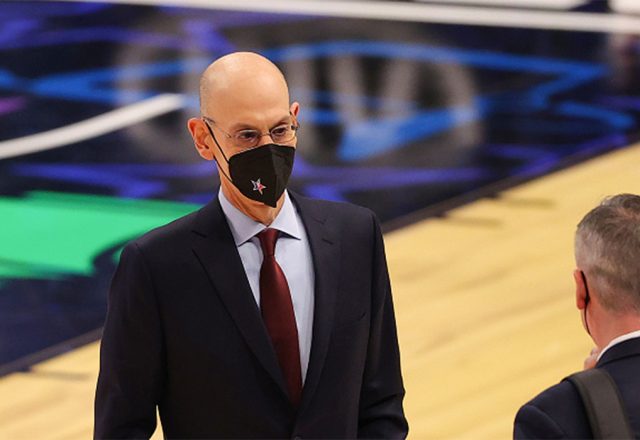