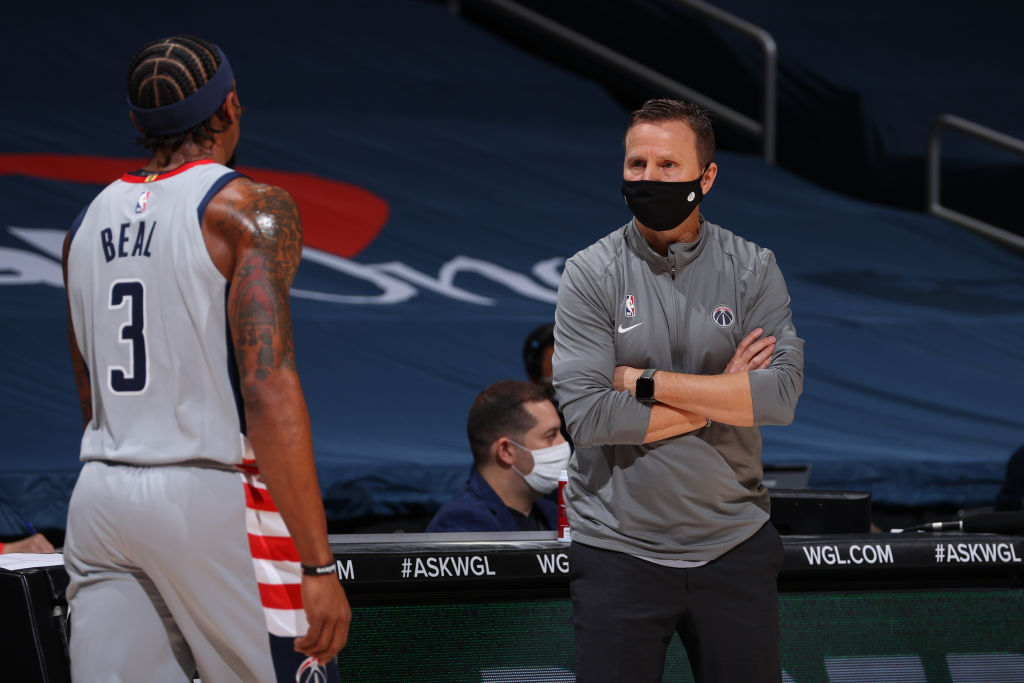 In a huge win for the Washington Wizards on Saturday over the Indiana Pacers, Bradley Beal exploded for 50 points. However, due to a minor injury, he actually didn’t play at all in overtime as Russell Westbrook had to carry the team.

While the injury was initially diagnosed as a strained hamstring that kept him out in the overtime period, Scott Brooks told ESPN’s Ohm Youngmisuk postgame that Beal actually had two nagging injuries.

“He tweaked his hamstring. Actually, he tweaked his ankle and we didn’t want to push it at the end. He wanted to, but our guys told him not to push it. Hopefully, it’s not too serious.”

On Sunday, Shams Charania of The Athletic reported that Beal had suffered a mild left hamstring strain and that he would at minimum miss Washington’s game Monday against Atlanta. Additionally, Beal’s status for the three remaining regular season games following is uncertain.

Regardless, Westbrook is playing at such a high level that the Wizards could likely manage to stay competitive if Beal does have to miss any time.