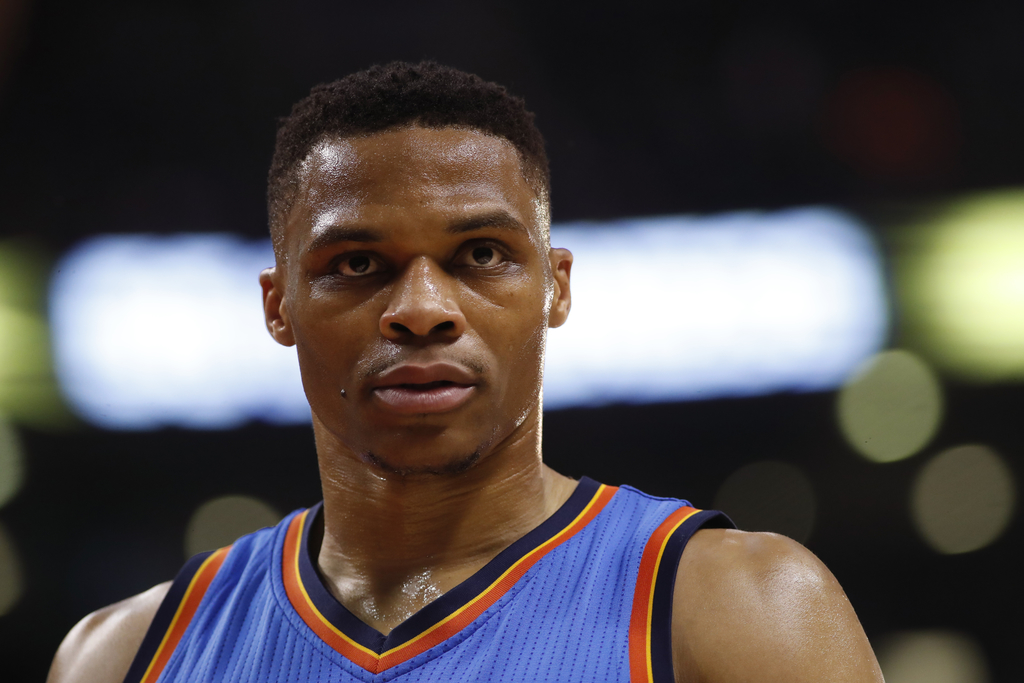 Tracy McGrady adds that Russ is the clear-cut MVP.

Westbrook has racked up 38 triple-doubles, and is averaging a mind-boggling 31.8 points, 10.6 rebounds and 10.4 assists.

“For many years we’ve been saying (to Westbrook), ‘You shoot too much, you’re selfish, you need to make your teammates better.’ He’s been doing that. This (averaging a triple double) has never been done before. Excuse me, hasn’t been done in a long time. To be in a category like that … for me, it’s Russell, (James) Harden and Kawhi Leonard, right there. But Russell Westbrook, MVP.”