Sixers Coach Brett Brown: ‘We Want to Play in the NBA Finals’ 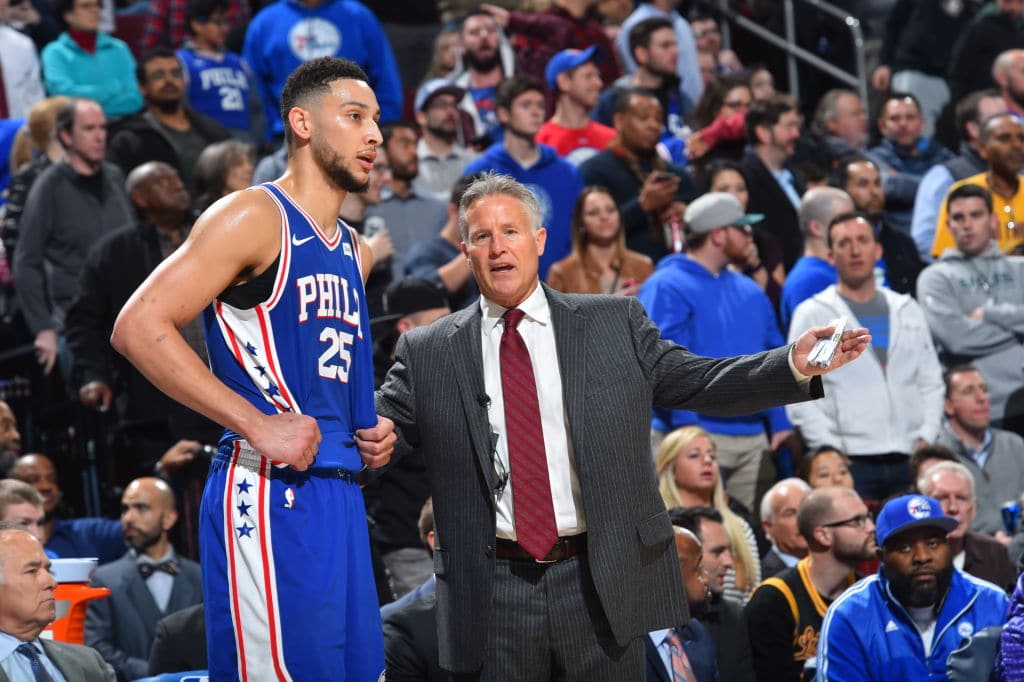 The Philadelphia Sixers have a big goal this season, according to head coach Brett Brown: reaching the NBA Finals.

Brown says his team feels it could have played in last season’s championship round.

#Sixers’ Brett Brown: ‘We want to play in the NBA Finals’ https://t.co/QQTyOdyiz0 via @phillydotcom

It bears noting that hardly anyone took Brown seriously when he set the goal of making the playoffs a year ago.

“We want to play in the NBA Finals,” Brown said Saturday following the team’s first training camp practice. “As I said to you, we feel we could have played in the NBA Finals [last season]. I understand the magnitude of that statement, but I stand by it. And I own it.”

Boston is the favorite to win the Eastern Conference. On paper, the Toronto Raptors and Sixers are considered their closest competitors.