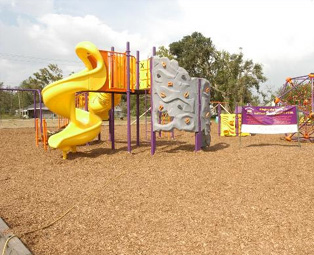 About a month and a half ago, I went down to New Orleans to visit a friend, eat some gumbo and hang out at Jazz Fest. I had a great time, but I was also taken aback. By the still-dilapidated buildings: homes, stores and schools with no windows, no doors, no nothing. I’ve read the articles and seen the news reports about how there’s still so much to do for so many, but seeing it in person was different. Sure, the French Quarter looks the same and Café du Monde had a line out the door, but when you head out into the neighborhoods—where people are living, not sightseeing—it’s a different story. In fact, crossing North Rampart was like entering an entirely new city.

As we headed over to the Fairgrounds to see some amazing acts, including Stephen Marley, John Legend, the New Orleans Jazz Vipers and Jumpin’ Johnny Sansone, I got a pseudo-tour of what Katrina did. “See the blue tarps?” my friend asked. “Those are all the roofs, were all the roofs, actually. Either completely torn off or partially torn off, with chunks missing.” Everywhere I looked, there were those blue tarps. I mean everywhere. If there were two houses next to each other without blue tarps, it was a rarity. Through all the neighborhoods, in addition to the tarps and overall destruction still on display, one thing stuck out in my mind: no place to play. No usable basketball courts. Not one usable playground in sight. Sure, there were concrete rectangles that were once courts, but the hoops were gone (I’m talking not just no net, but not even a broken-down rim), the blacktop covered with debris and no one shooting a jumper or setting a pick in sight.

Once we got close enough to look for a parking spot, there they were: the infamous trailers. Every house had one, sometimes two, on their front lawn, with the exception of one or two lucky homeowners here and there. Families were hanging out on their lawns, next to the trailers, non-descript rectangles resting on blocks of concrete. They looked too small for a family to live in and too big to sit on a front lawn. There were kids at every house, sitting on the grass, horsing around with each other. The occasional basketball or tennis ball was being tossed. But when you add up the space taken by the trailers and the construction equipment around to help re-build, there was little to no space for the kids to be kids. To throw a hail mary pass, to cross someone over, to play hopscotch.

It brought me back to the courts and playgrounds I saw earlier in the day, or rather, what was left of them. I started thinking about how to help now, how to fix these courts so kids could play today. Yes, like millions, I gave money to the Red Cross right after Katrina hit, and SLAM shipped lots of boxes filled with clothing and products for those who were stranded at shelters. But what could and should be done to make a difference now, almost two years to the day? To make a real, visible difference that you could actually touch? I’m not talking about giving more money to the Red Cross, although they have done and continue to do an amazing job. I kept thinking, about something more concrete, literally. I’ve never built a playground or refurbished a basketball court, but why couldn’t I? Maybe I was thinking too big, but that’s never stopped me. When my friend heard me thinking aloud, she started thinking, too. She told me about a friend who worked for a great non-profit that builds playgrounds all over the country and said I should get in touch with them.

Fast-forward six weeks to today, and I’m extremely happy to announce a partnership SLAM has started with an amazing

non-profit called KaBOOM! (www.kaboom.org). In December 2005, KaBOOM! introduced Operation Playground, a new initiative to build 100 playgrounds in Gulf Coast communities affected by Hurricane Katrina and Hurricane Rita. Through Operation Playground, KaBOOM! is more than halfway to their goal, having already built 50-plus playgrounds in Alabama, Louisiana, Mississippi and Texas to date. Their vision is “A great place to play within walking distance of every child in America.” And that’s what we’re going to help them do. On Make A Difference Day in October, 2007, KaBOOM! will be building two playgrounds in the Gulf Coast area, one at Guste Homes in New Orleans, LA, and one at War Memorial Park in Long Beach, MS, and you guys, the readers of SLAMONLINE.COM and SLAM, are going to help get it done.

When I go on SLAMONLINE.COM every day, I see your devotion to the sport we love, and the devotion to our website and magazine. But I also see your intelligence, compassion and conviction, whether you’re commenting on Etan Thomas’ most recent column or Lang’s latest Hawks’-related calamity. I know you guys (and girls…yeah, ASPOV, I see you) are loyal, and I’ve decided to channel that loyalty into a good cause. KaBOOM! will be keeping track of how much SLAM readers and SLAMONLINE.COM users contribute, because when it’s all said and done, I want you guys to know how much power we have when we get together on something.

All you have to do is go to www.kaboom.org/donate and follow the instructions. Remember to choose SLAM Magazine on the drop down menu that asks how you heard of KaBOOM!

If you want to write a check, you can send it to:

Be sure to say “SLAM MAGAZINE” or “SLAM sent me” on your check.

We want this to be a huge success, so if you’ve got a MySpace page, a Facebook page or your own blog, please link to this page and help spread the word. The more, the merrier.

I’ll be back periodically between now and October to let you guys know how we’re doing. To start it all off, I’m proud to say that SLAM has made the first donation. And from the kids in the Gulf Coast, especially those who will be flying head first down an awesome new slide by the time the new season starts, thanks.

For more information on KaBOOM! and how you can help, go to www.kaboom.org.