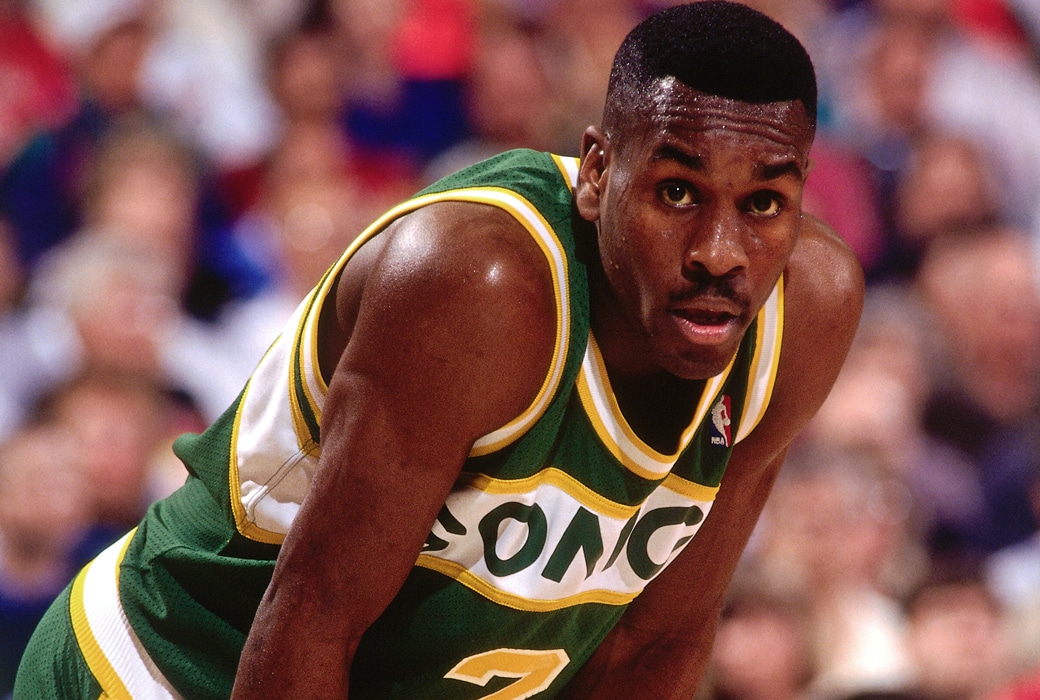 Gary Payton had just been drafted second overall in the 1990 NBA Draft when, during a preseason game against the Chicago Bulls, the rookie began trash talking Michael Jordan. Jordan, who had already finished his night’s work, was just calmly sitting on the bench.

Jordan was already a six-time All-Star and a four-time scoring champ. Payton could care less. That’s just who he was. He didn’t care who you were and he could care less about your accolades. As long as you were in the arena, you were going to hear his mouth.

“I used to talk about their momma, they daddy, they sister, they brother” Payton said on TNT’s Inside the NBA.

Nothing was off limits. Gary didn’t just talk the talk. What frustrated opponents wasn’t merely the constant chirping, it was how he backed it up—by locking you up and dropping a cool 20 on the other end.

One of the greatest defenders ever, Payton is the only point guard in NBA history to win Defensive Player of the Year, doing so in 1996.

It takes a certain mindset to become a great defender. Heart, hustle and grit are just a few of the ingredients needed.

Gary attributes some of those qualities to his Oakland upbringing.

“Having to play against all the guys in Oakland, they’re trying to beat you up. You knew you had to do it or you’d be punked all the time. Every day, I walked with a chip on my shoulder….and after the game, we’ll see what happens” Payton told ESPN back in 2013.

Payton’s defense was never more apparent then in the 1996 NBA Finals. After falling behind 3-0 in a best of seven series, Sonics head coach George Karl, desperate for an answer to help turn things around, assigned Payton the task of guarding Bulls superstar Michael Jordan.

Payton dug deep into his core, and even while battling a calf injury, he gave MJ hell. Over the remainder of the series (three games), Payton held Jordan to 37 percent shooting and 23, 26 and 22 points. It was the only time MJ would score fewer than 30 points in three consecutive NBA Finals games.

With career averages of 16.3 points, 3.9 rebounds, 6.7 assists and 1.8 steals per game, the nine-time All-Star, nine-time All-NBA selection and nine-time All Defensive team member finally captured that elusive championship ring with the Miami Heat in 2006, further cementing his Hall of Fame worthiness.

Inducted as a first ballot in 2013, The Glove rightfully took his place as one of the greatest to ever lace them up.

Reginald Blake is a contributor to SLAM.