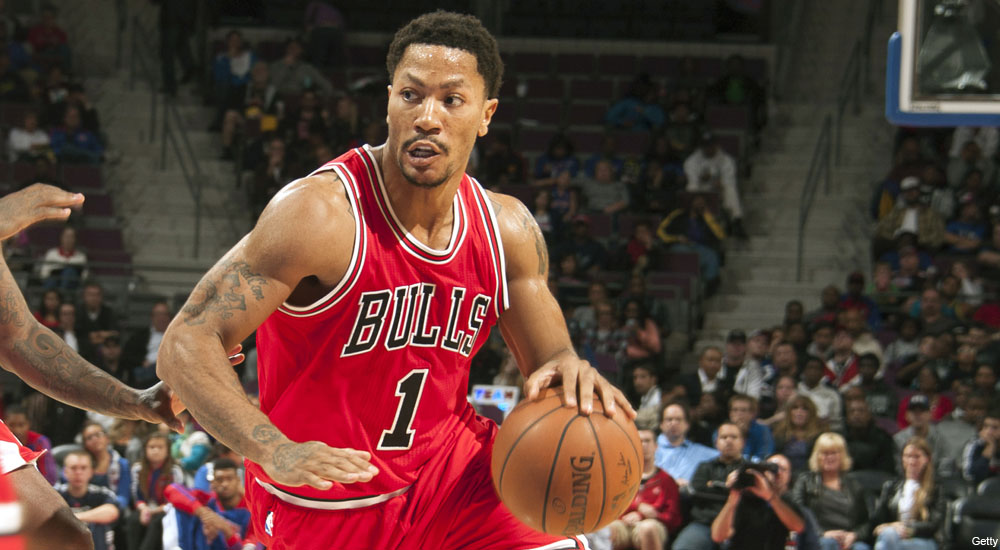 Indeed, the discussion about Derrick Rose has been depressing.

We want to cheer for Rose because he genuinely loves the game, and he’s among the handful of players in the NBA worth the price of admission. But over the course of the past three seasons, we’ve been robbed of our enthusiasm. Given his recent body of work, it’s easy to become pessimistic about his future:

Rose is clearly struggling. He looks awkward when attacking the basket at times, and when he shoots, it’s as if there’s a lid on the rim.

It’s reasonable to conclude that he’s healthy heading into the 2014-15 season, but is there any evidence to point toward Derrick Rose becoming a dominant player again?

Rose rehabbed his first knee injury almost in total seclusion, which had the duel effect of incubating his disappointment and amplifying his critics. He was called weak for sitting on the sidelines as his battered teammates fought through an epic 2013 playoff series against the Nets, before ultimately tapping out to Miami.

When Rose finally came roaring back after an 18-month absence, the pressure could never have been higher. Of course, Rose ended up tearing his meniscus less than a month into the season, making him just another transcendent talent to be forever condemned by the Basketball Gods.

On a fundamental level, rehabbing from meniscus surgery is much different than ACL surgery. Rose could immediately move his knee instead of having to wear an immobilizing brace for four months.

He was able to re-join the Bulls full-time. He attended practices and team meetings. He traveled with the Bulls, warmed up before every tip-off, and was on the bench with his teammates during games. He effectively was rehabbing his connection with the game and his team.

In retrospect, his second knee injury may have been a blessing in disguise. Listen to him talk now, and there’s a calm understanding behind his words.

“I really feel like a pro,” Rose says. “Now it feels like I appreciate it a little bit more, just enjoy being on the court and playing the game I love playing.”

Rose has embraced the journey—the ups, the downs and everything in between. That’s why this summer’s poor shooting stretch didn’t derail him.

His game has a lot of rust, just as we’d expect from any player who’s endured two season-ending knee injuries. But if he takes care of his body (he will) and keeps confident (as always), Rose should achieve that breakthrough moment that eluded him last season.

Which again leads us to the question: Can Derrick Rose become a dominant player in 2014-15? The answer will ultimately be determined on the court, but there’s no denying that Rose is in a good position to rediscover his old self and reopen Chicago’s championship window.

The discussion about Derrick Rose has been depressing. But just watch as he transforms all that talk into stories of triumph.