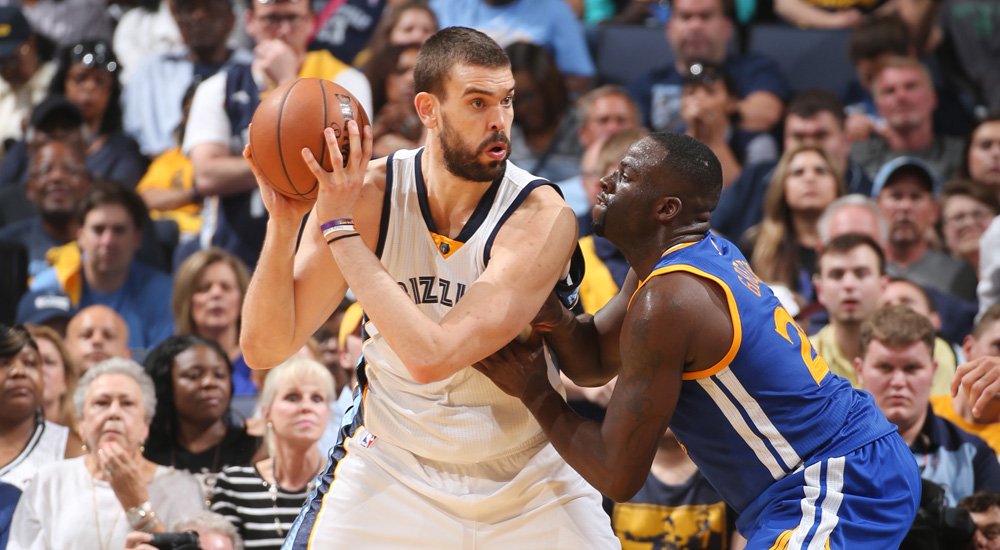 For three straight 50-plus win seasons, Marc Gasol has been the best player on the grit-and-grind Memphis Grizzlies. Gasol’s overall numbers don’t jump out at you, although last year’s 17-8-2 line does impress. The 20-9-2 in a five-game takedown of the Portland Trail Blazers (remember when they had a good basketball team…last year?) was even better.

Mike Conley is the steady hand. Z-Bo cleans up inside. Tony Allen is all kinds of awesome. But it’s Gasol who is their fulcrum.

Marc was All-NBA First-Team last season, but somehow he’s only the 14th best player in the League, according to this list. How can you be First-Team All-NBA and not fire out a few emojis during the DeAndre Jordan saga? Come on, Marc Gasol. Step your PR game up. There are so many emojis to choose from.

The interior anchor of a team that has consistently boasted a top-five defense is, if he hasn’t already, shifting into his prime. Yet he’s still pretty overlooked, although he has underrated All-Star teams named after him and the Wall Street Journal profiling his diet, so that’s nice.

The Big Burrito of this bullsh*t can pass a little, too.

I dubbed him Miercoles Marc a few years ago because he’s the type of player whose understated brilliance helps people who truly love basketball get through humdrum work weeks. OK, it was lazy Wednesday in March and I was at the Barclays Center with Spaniards and Marc Gasol was playing and I decided to make a pun. Still, the point remains.

Did you have a good Wednesday and want to recline? Did you have a bad Wednesday and need a pick me up? Marc Gasol probably played well, either way. Let the headliners and showstoppers take the Vines, Shaq’s barbecued chicken mentions, and the All-Star weekend acclaim; fire up the League Pass and push toward the weekend with Marc Gasol and the Memphis Grizzlies.

What Gasol brings to the court actually provides a pretty good mirror for what most people hope to achieve at their various vocations: good performance in a teamwork-oriented environment in tandem with respect from peers, and an ability to steadily improve without much fanfare.

Gasol now pushes forward with a new five-year, $110 million contract, grit-and-grid looking like a steady drumbeat in Memphis for the foreseeable future. But can he raise his steady status?

Coaches and teammates begged Gasol to shoot more last season, especially after he started the campaign averaging over 20 per. What will happen when his team is winning and he needs to take over more?