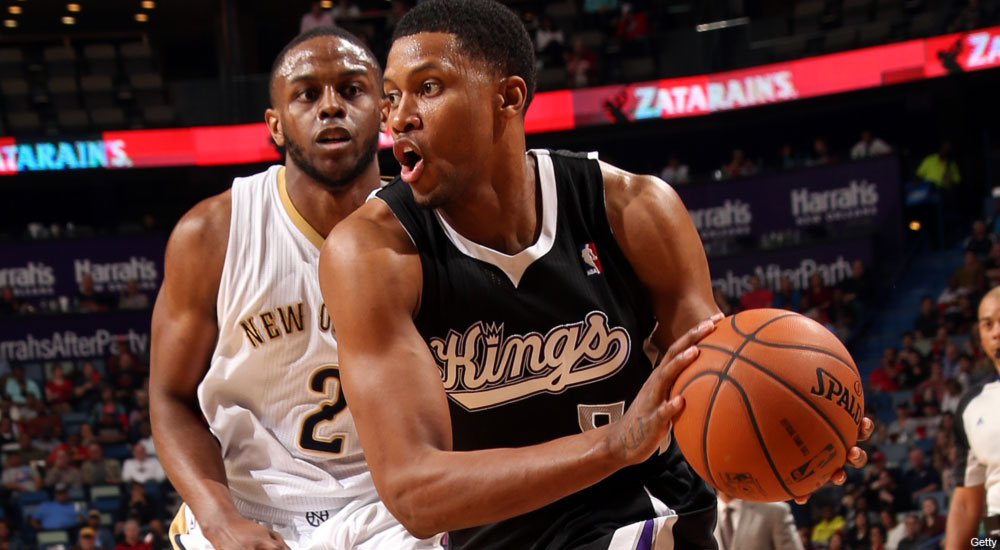 Statistically, Rudy Gay is arguably coming off his best offensive season thus far, but you probably missed it—because he plays for the Kings.

His scoring average of 20.1 points per game tied for the highest in his 10-year career. His 48.2 field-goal percentage was also a career-high—as were his 3.2 assists, if anyone is keeping count. His free-throw shooting percentage was the second highest during his NBA tenure. Point is, while having missed 27 games with nagging injuries, the 6-8 Baltimore native quietly enjoyed a relatively successful season, arguably one of his best.

Traded to Sacramento on December 9, his 18 games with Toronto to begin the 2013-14 season depicted a former All-American on the decline. He was shooting a disappointing—38 percent from the floor while almost attempting 20 shots a night. The Raptors obviously stopped seeing the kind of value that motivated them to trade for him just 11 months earlier.

Yet, once moved to the Kings, his numbers took flight. Call it having a chip on his shoulder or what have you, but he was a different player from the one the Raptors got rid of. He increased his shooting efficiency to the aforementioned career-high 48.2 percent, while his inside-the-arc shooting reached 51.6 percent—also a career-high.

Following the December trade, his shooting percentage for the month of January rose to a whopping 57.5 percent. It’s safe to say that there was definitely some extra motivation to prove he still had it after being dealt to the Kings.

So what do last season’s career-highs mean in terms of projecting his productivity for this upcoming season? That remains to be seen.

What are the chances that he returns and posts career-high numbers again? Possible, but not too probable. The post-trade motivation will have worn off and he also isn’t getting any younger. But the reality is that with DeMarcus Cousins holding it down, the Kings don’t really need Gay to out-do last year’s career-best production in order to be effective.

If he can be as efficient as he was last year, then that’s all you can ask for if you’re Sacramento. Obviously, in a stacked Western Conference, that doesn’t really put Sacramento anywhere near being a serious contender. Nonetheless, not having the pressure of being the team’s primary scorer, as was the case when he arrived in Toronto, Gay seems to be much better situated in the Kings’ rotation.

While motivation won’t necessarily be there due to a trade, it will be there because this is the final year of his $82.3 million contract. The former Big East Rookie of the Year exercised his player option this past summer to remain with the Kings until 2015, a season where he will earn over $19 million. And while there’s been talk of signing an extension with Sacramento, the dollars will ultimately come down to his production in the next few months. And so in a contract year, after having been traded twice within 11 months in what appears to be teams no longer seeing the same kind of value in him as once before, Gay will have a lot to play for this upcoming season.

Many will argue that both Memphis and Toronto did much better after his departure. And that’s a valid argument.

It’s also impossible to imagine that his next contract will have him earning over $20 million a year, which then rises the question of how much is he worth as a second or third scoring option who’s 29 years old—his age when he begins his new contract in the fall of 2015.

All things considered, when analyzing his outlook for the upcoming season, you have to give him the benefit of the doubt after witnessing last year’s post-trade numbers. He showed that he still has a whole lot left in the tank and will particularly have a whole lot to prove this winter. Thus, while no longer perceived as the same swingman that made SLAM’s Top 25 list just two years ago, let’s not count him out quiet yet. If there was ever a time for him to prove his true value, it’ll be this upcoming season.