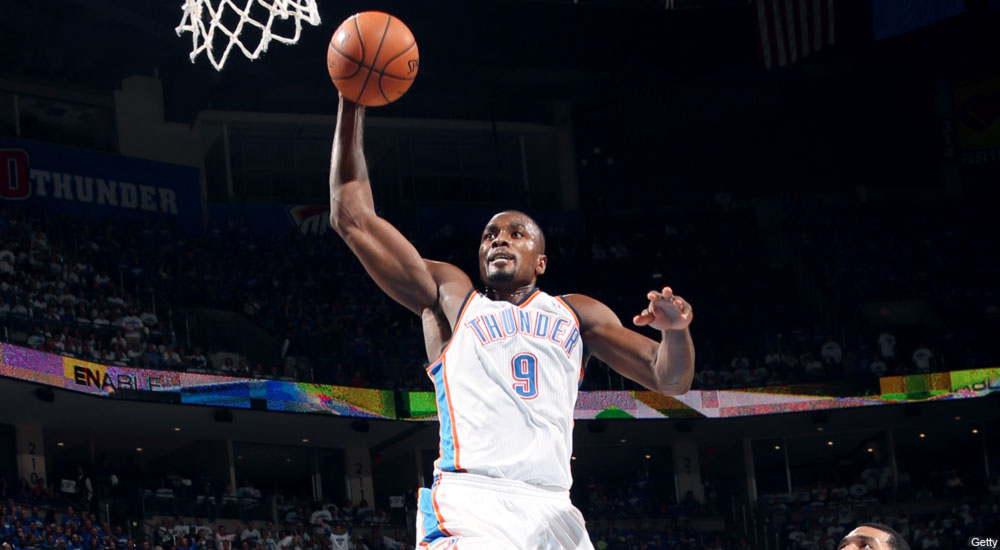 Of all the incredible journeys for the NBA’s 450 players, it would be hard to find one more unlikely than Serge Ibaka’s.

Ibaka grew up a product of the war-torn Republic of Congo’s capital city, Brazzaville, where most of the inhabitants live on just about a dollar per day. Ibaka is one of 18 children of parents who both were national team basketball players. He overcame two civil wars, extreme poverty, displacement, the passing of his mother and imprisonment of his father to become his country’s first NBA player.

Much of Congo’s rich oil and mineral resources are exported and the general population has little to show for it. Ibaka is the one jewel that continually invests back to the people. He has led countless humanitarian efforts to improve the conditions in his homeland. Recently he was recognized by the Clinton Global Citizen Awards for his efforts as he partnered with Starkey Hearing Foundation to combat hearing loss. In April he was the recipient of the NBA’s Kia Community Assist Award for his financial support of two orphanages. He’s become a fixture to the Basketball Without Borders program.

His ascension on the court has been nearly as remarkable. He first played organized basketball at 16 years old. He arrived in Spain to play professionally where he taught himself Spanish. After two pro years in Spain and a strong showing at Eurocamp, he burst on the scene, which led to Ibaka being selected with the 24th pick in the 2008 NBA Draft. At that time, Ibaka was more known for his incredible athleticism and huge wingspan. Ibaka flashed perimeter skills and defensive prowess. Scouts had concerns about his footwork and lean frame negatively impacting his post play and rebounding. For General Manager Sam Presti it was a gamble worth taking.

Ibaka has fortified himself as a valuable member of the Western Conference’s “Big Three” for the Thunder. Last season, Ibaka set career-high totals in assists, steals, rebounds, made three-pointers, free-throw percentage, points, field-goals made and minutes played. Ibaka also impressed the analytic purists by setting personal bests with his player efficiency rating (33rd in the NBA) and win shares (tied for 26th in the League).

Entering into his sixth season, Ibaka has blossomed into the game’s best defensive power forward. He led the League in defensive impact last season and was named to the NBA’s All-Defensive First-Team for the third consecutive year. Ibaka has tallied the most blocked shots in the NBA the past four seasons as well as three of the last four NBA Playoffs. He held opponents to 45 percent proficiency at the rim last season.

On the glass, Ibaka has emerged as a double-double machine, collecting a career-high 29 double-doubles—nearly twice the tally of the prior season—good for 21st best. Last season, Ibaka averaged a shade under 9 rebounds per game, up a full rebound from the prior year. He was 15th in rebounding opportunities with a contested rebound percentage of 43.6 percent.

The big story is how Ibaka has emerged as an offensive weapon. He has consistently shot over 53 percent from the floor and has now extended his shooting range to become a perimeter threat. This has opened up the lane for Russell Westbrook and league MVP, Kevin Durant. Two seasons ago, Ibaka was the best mid-range shooter in basketball, shooting 49.4 percent (minimum of 300 attempts). His accuracy dipped slightly last season largely in part to his increased attempts, on average, two more shots per game. He did manage to improve his accuracy from both 10-14 feet and 20-24 feet. Nonetheless even with some regression in proficiency, Ibaka was still in the league’s top 20 with 438 catch-and-shoot points, hitting at a higher clip than Carmelo Anthony, Chris Bosh, Klay Thompson and Dirk Nowitzki.

Serge Ibaka stands behind 30 players in the #SLAMTop50, but not for much longer.

Now 25 years old, he’s entering the prime of his career. Already he has developed into a great teammate, defensive force and viable offensive weapon; it’s just the tip of the iceberg for this immense talent. There’s a resiliency that enabled him to defy the odds to get to where he is. It’s the same resiliency that refused the prognosis that he would be sidelined two months with a calf injury before the start of the Western Conference finals; it fueled him to return for Game 3. His commitment level is unmatched, both on the court and when it comes to giving back to where he’s from. 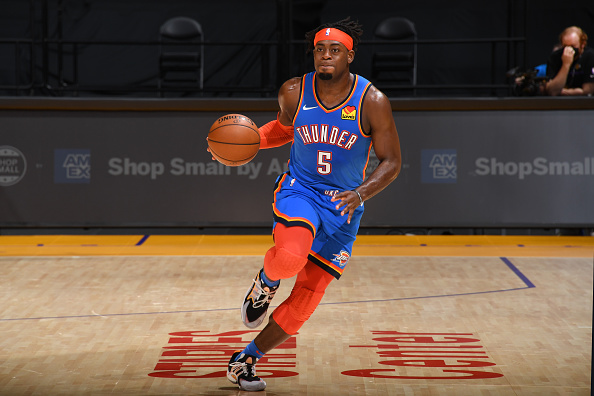