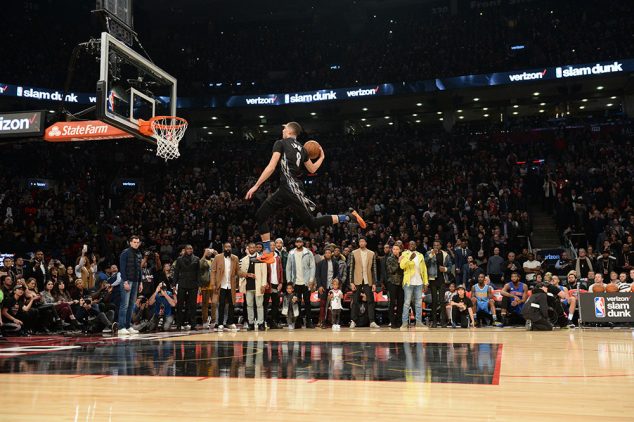 It was a Saturday in August. An empty high school gym in Minnesota. Empty save for the sounds of a power saw. A security guard, hearing the racket, rushes in. “What’s going on here?!?” The man cutting the lane from the court looked up, clearing sawdust from his goggles as the saw wound down. “Hey, it’s cool,” he said, “Zach paid for it.” He nodded toward the other end of the court, where a tall figure waited, ball in hand.

“Well, if you say so,” the guard said, backing out the door. “I’m still going to have to put this down in my report.” The man with the saw just waved him off, as the saw spooled back up, sawdust spraying. He shut it down again, pulling the last piece of wood out, leaving a 12 x 18-foot hole. “Is that cool, Zach?” The figure nodded, dribbling once.

The man got up, dusted off his hands, and went to the sideline, where a large translucent container waited. He wheeled it over on to the court, water sloshing. Before he undid the straps holding the cover on, he looked back once more. “There’s like six alligators in here, though.”

“Go ahead,” Zach LaVine said, “push the whole thing in. This is how I win.”

Michael Beasley Believes He Can Make An Impact in the NBA