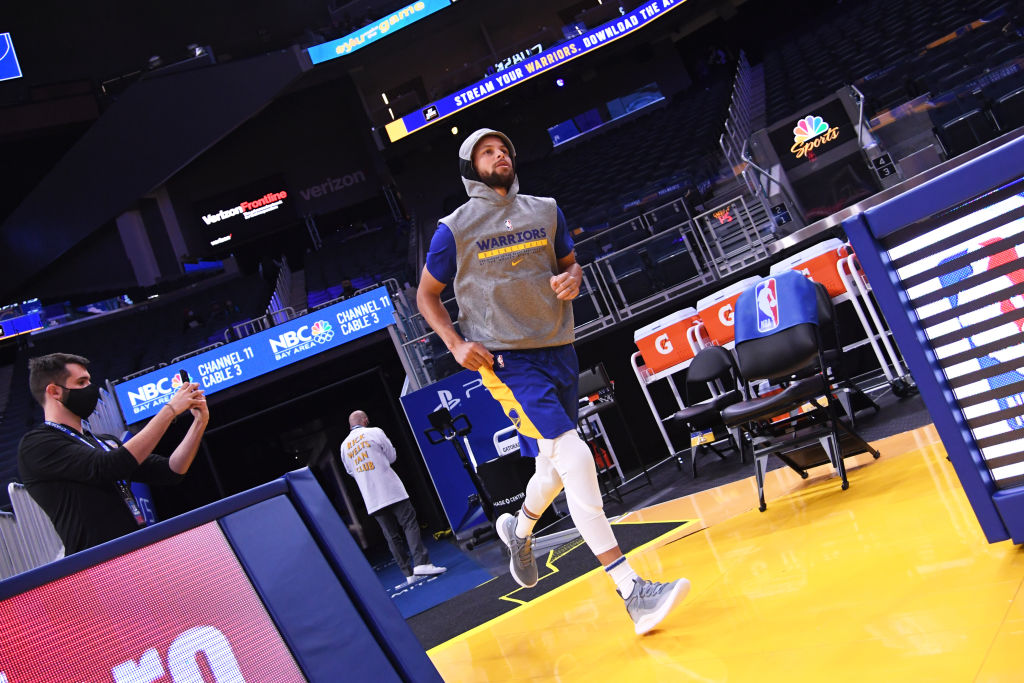 Stephen Curry of the Golden State Warriors has officially been crowned the NBA scoring title for the 2020-21 season. In a heated contest that cane down to the final day of the regular season, Curry outlasted Washington’s Bradley Beal for the crown.

This is an extremely rare accomplishment at Curry’s age. Him and Michael Jordan are the only players to win the NBA scoring title after turning 33.

The 33-year-old has put up MVP-level numbers across the board this season, proving why he’s one of the best point guards and shooters in the history of the league.

Coming into the final game of the season where he secured the scoring title, Curry was averaging 31.8 points, 5.7 assists and 5.5 rebounds while shooting .421 from deep on 12.6 attempts per contest.

History continues to be made by Steph Curry, who at this stage of his career looks as good as he’s ever been. He’s carried the Warriors into the play-in tournament and makes them a dangerous team that nobody wants to see in the postseason.