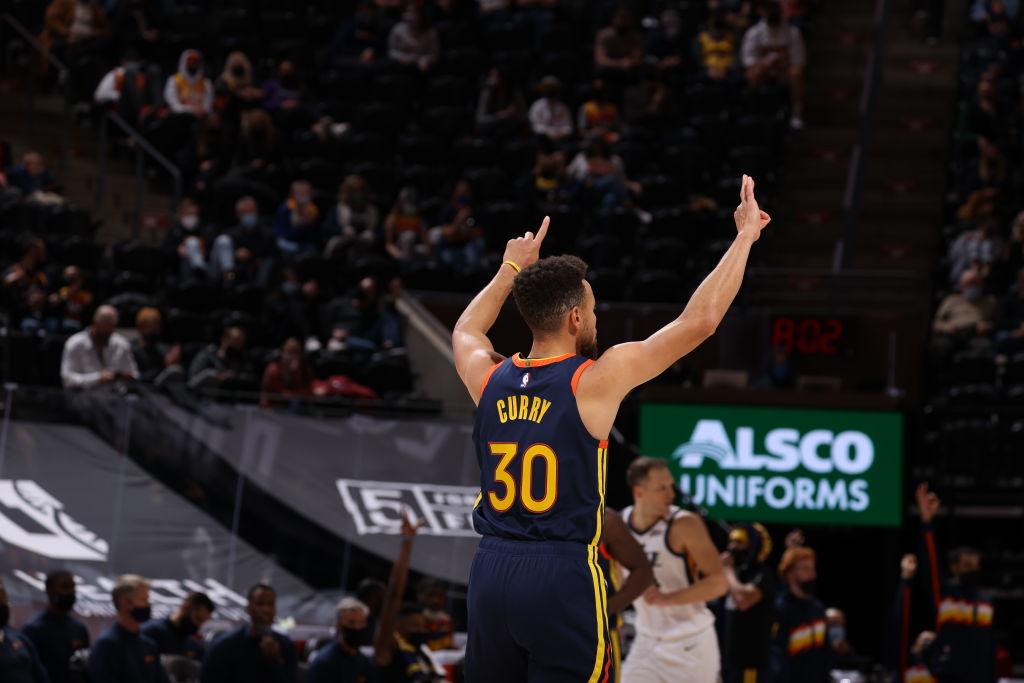 Stephen Curry passed Reggie Miller for No. 2 on the all-time three-pointer list on Saturday against the Utah Jazz. The shot that put him over the top was number 2,562 of Curry’s career. Ahead of him now is only Ray Allen, who holds the record for most made three-pointers in NBA history with 2,937.

Not only is this a huge accomplishment in general, but it’s even more special for Curry—who has always said Miller was his favorite player growing up.

After the game, Miller joined the Warriors’ postgame media call to congratulate Curry, as well as showed him love on Twitter with a tribute video. Curry and Miller had always been close, but this brought things to a whole new level.

Curry needs just over 400 more three-pointers to pass Allen and become the NBA’s all-time three-point champion. To put that into perspective, from the 2012-13 season through the 2018-19 season, Curry made an average of 301 three-pointers per season. If he were to continue that rate, he would pass Allen at some point next season.

Steph Curry is only 32 years old and has plenty of basketball left in him. When it’s all said and done, not only should he earn the crown as the best three-point shooter ever in the next year or so, but he will likely completely shatter Ray Allen’s current record.