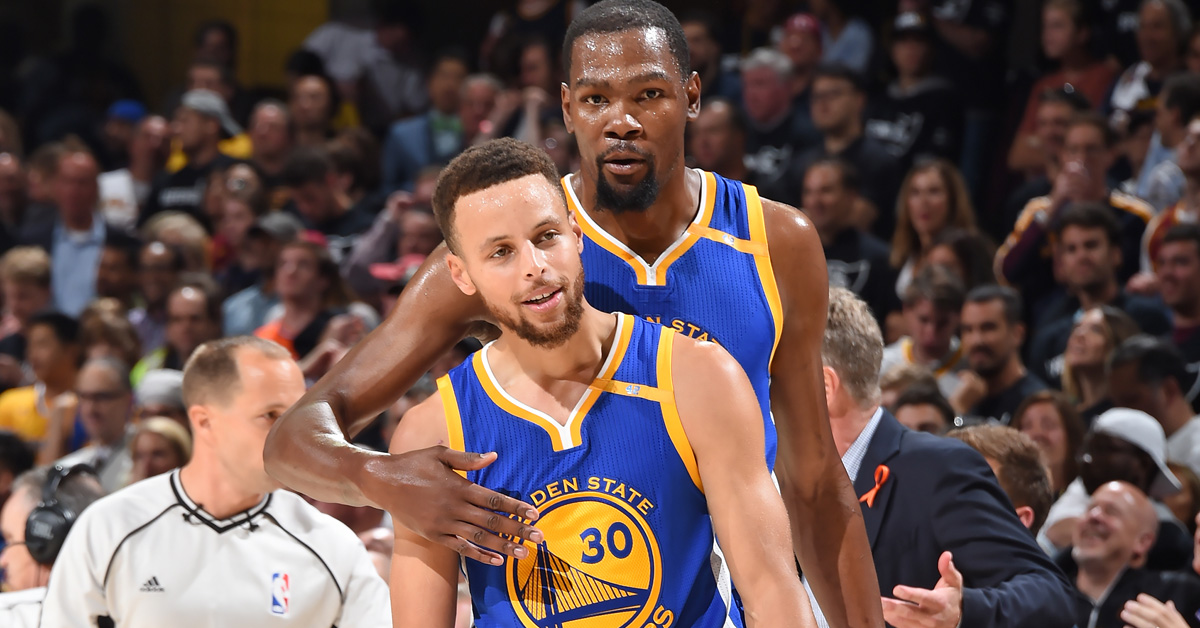 After having a conversation with Durant, Curry told the Charlotte Observer that the issue won’t affect the team next season.

Stephen Curry felt strongly enough about Golden State teammate Kevin Durant’s recent swipe at the Under Armour basketball shoes Curry endorses that the two have since “had a conversation about it,” Curry said. […]

“This is nothing that is going to put a wrench in the locker room,” Curry said. […]

“I told him that he has a certain opinion based on his experience growing up in the Nike business. […]

“But when it comes to what I’m trying to do with Under Armour, and what the Curry brand means and what Under Armour basketball means, that statement does not ring true at all.”